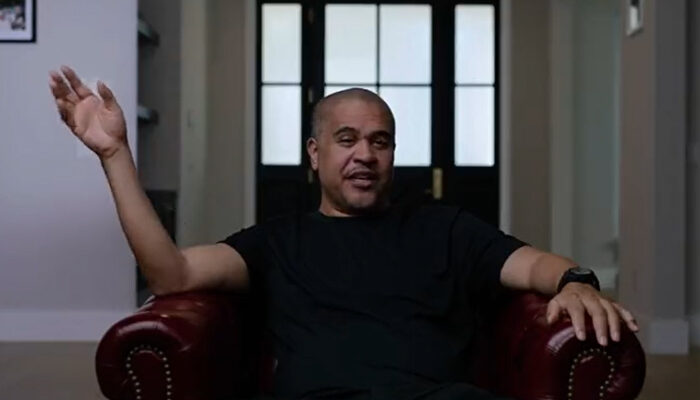 Episode four shows Murder Inc. still riding high, on top of the world. That’s until January 3, 2003 when the Feds raid Irv Gotti’s office and homes. The first part of the episode is dedicated to the relationship between Irv Gotti and Kenneth “Supreme” McGriff, and the background story of the legendary Queens drug kingpin. The Feds are suspecting that Supreme is funnelling his drug money through Murder Inc.

In the midst of the investigation, 50 Cent drops “In Da Club”. Irv Gotti recalls knowing immediately that they were in trouble. Irv responds by going back to the lab to produce Ashanti’s “Rock Wit U (Awww Baby)”.

With Vita and Cadillac Tah leaving the label in the midst of Gotti’s legal troubles, Murder Inc. is in need of a new artist. That’s when we get the background story of how the young R&B artist Lloyd joined the label. We also get a look at Gotti’s reluctant decision to rename his label to The Inc. based on advice from Russell Simmons.

After a two-year investigation, Irv and Chris Gotti are arrested. Significant time is given to the trial, the artists who came together to support Gotti and the impact on his family and team.

What is both sad and surprising (yet not surprising) how the system came together to prosecute Gotti. From the judge stating the Gotti brothers were guilty before the trial even started, to the Feds falsely accusing Gotti funnelling drug money through his company, and the rise of the “hip-hop police”, the episode points to the prejudice and racism embedded in the legal system with hip-hop in its crosshairs.

Next week’s finale episode will show how Gotti achieved the rare feat of beating the Feds in court so stay tuned.