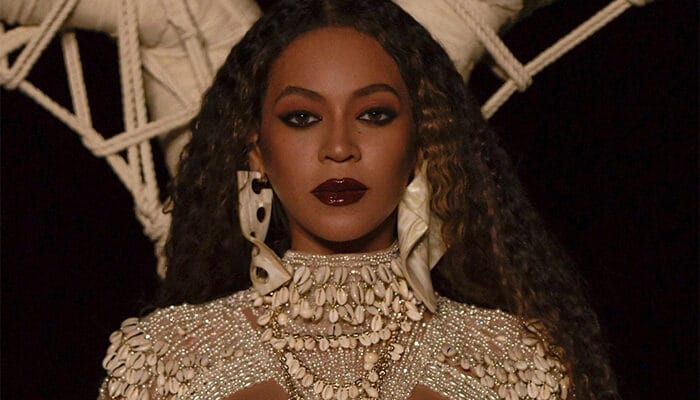 Beyoncé has declared that it’s the start of a new era on her seventh studio album. Here’s our RENAISSANCE album review.

Five years since her last solo album, Lemonade, Beyoncé is back in full force and is unapologetically embracing all of her flavours and kinks on RENAISSANCE.

Channelling changeability and the limitlessness of her own power, Beyoncé takes her listeners for an unexpected, but welcome escapade. Full-bodied and perfected with the smoothest of transitions, it’s clear RENAISSANCE was no impulsive release. The 16-track record is a high energy, house-influenced canvas of neon colours and bold statements, with a magical touch only Queen B can do.

Right from the throwback, 80s Chicago-bounce inspired record, “I’M THAT GIRL”, Beyoncé is truly time capsule-travelling, with a flair inflected from the past to the future. She sets a trajectory for RENAISSANCE, declaring that she “wants to go where nobody’s been”––and she certainly does.

Taking on a surrealistic edge, she asks for God to “cleanse me of my sins.” and laments her “unamerican life”. For the industry vet, to take things in a new direction as a Black, female artist known for gospel-influenced ballads and traditional R&B cuts is a move that can indeed (and most likely will) be criticized and condemned. But Beyoncé is not asking for permission, and she’s certainly not asking for forgiveness. She’s leading the way, whether her critics like it or not.

While bounce music is the sonic foundation of the underground Black queer nightclub scene, it hasn’t yet had mainstream representation on the charts. But Bey hopes to change that. On “COZY” she goes even deeper in her nightclub-esque bag, refining a style that is, at once, nostalgic and futuristic. Acknowledging the inevitable flack that may get aimed at her, she asserts: “I love me. They hate me, because they want me.” With ultra-confident delivery, it’s clear Bey is not changing gears for anyone but herself. And we are totally here for it.

“COZY”’s breakbeat drums melt effortlessly into “ALIEN SUPERSTAR”, where the tempo heightens with a slight key change. With powerful, strong-willed lyricism, Beyoncé has a reminder for the world, just in case we forgot:

“I’m one of one. I’m number one. I’m the only one. Don’t even waste your time trying to compete with me. No one else in this world can think like me. I’m twisted. I’ll contradict it.”

Creating her own lane is a courageous choice for Beyonce, but it indeed pays off. The rest of the album follows suit thematically with flamboyant jumps, explosive synths, and witty lyricism. With tasteful samples, she makes subtle odes throughout the album that salute the OGs in Black music.

With standout tracks like “CHURCH GIRL”, Beyonce makes it clear she hasn’t abandoned her roots. Her soul-filled vocals blend perfectly with the 808s beat, even throwing in a sample of Wiz Khalifa’s “Black and Yellow”. Beyoncé proves that she, and her fans listening, can indeed maintain their morals, but still be a badass. Queen B is loving on herself and doing God’s work, and the two aren’t mutually exclusive.

“I’m gonna love on me,
Nobody can judge me but me,
I was born free.”

Infusing the same afro sonics that Bey brought to centre-stage on The Lion King: The Gift, she leads the pack with an empowering cadence on both “MOVE” and “HEATED”. Falling into a vivacious rhythm, she enhances the album with an afro-flair. Letting her fellow Black musicians know that we need no confines when it comes to creating, she occupies the nuanced, raising a middle finger to every body that’s pigeonholed her and other Black creators into one lane.

RENAISSANCE’s experimental essence is an exemplary testament of Black creativity. It’s a refreshing angle in particular, in light of the struggles for Black artists to be taken seriously in genres outside of R&B/Soul and hip hop, as well as recent award show snubs of Black musicians who don’t quite fit one mold, like The Weeknd’s infamous absence on the 2021 Grammy nominations for After Hours.

An opulent, disco cocktail, “VIRGO’S GROOVE”. takes us for a loop, and reminds us that Beyonce has and always will embrace all the elements of who she is: a meticulous virgo motivated by the insatiable desire to outdo herself on each new album. The dynamic bounce of “VIRGO’S GROOVE” feels like a familiar tonic for the soul, reminiscent of Janelle Monae’s 2013 futuristic hip-hop soul masterpiece, The Electric Lady.

Most evident on the album’s lead track “BREAK MY SOUL”, RENAISSANCE is filled with lyrical gems meant to infuse positivity and hope into the world, amidst what has been a bleak past two years.

Undoubtedly, RENAISSANCE is a record that many won’t understand, especially upon first listen. But the album’s musical mosaic reveals intention and new complexities on every listen.

It’s important to not get lost in the mix, and listen attentively to the lesson Beyoncé is schooling us on. There are no rules on RENAISSANCE. Only courage and self love. RENAISSANCE not only serves as a testimony of Beyoncé’s own versatility after over two decades in the industry, but it’s a work of art meant to inspire each of us to reach within the depths of ourselves and find something new.

Stream RENAISSANCE by Beyoncé above.

SINGLE REVIEW – BEYONCÉ PREACHES FREEDOM, STRENGTH AND LIVING LIFE ON YOUR OWN TERMS ON “BREAK MY SOUL”