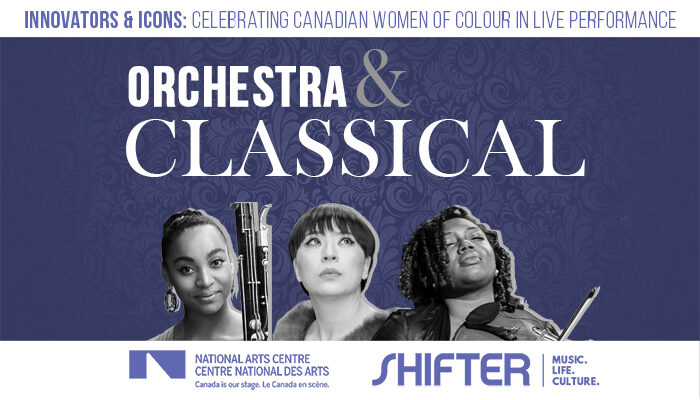 For the remainder of 2022, going into 2023, the National Arts Centre is partnering with SHIFTER to spotlight Canadian women of colour in live performance with its first ever Innovators & Icons lists. As a part of this groundbreaking article series, every month the NAC and SHIFTER will be honouring Canadian women of colour who align with the NAC’s various disciplines―Popular Music & Variety, Dance, Indigenous Theatre, English Theatre, French Theatre, and NACO (the NAC Orchestra). These women are not only stellar live performers, representing the geographical and ethnic diversity of Canada, but they are pushing the envelope and breaking barriers in their craft, on the way to becoming Canada’s future stars.

In the next installment of the series, we are honouring women of colour in Orchestra & Classical Music. This month’s honourees incude Marlene Ngalissamy, Kathryn Patricia Cobbler, and FOONYAP. These women are all blazing a trail seldom travelled by women of colour.

Here are the NAC and SHIFTER’s Innovators & Icons in the Orchestra & Classical Music category. 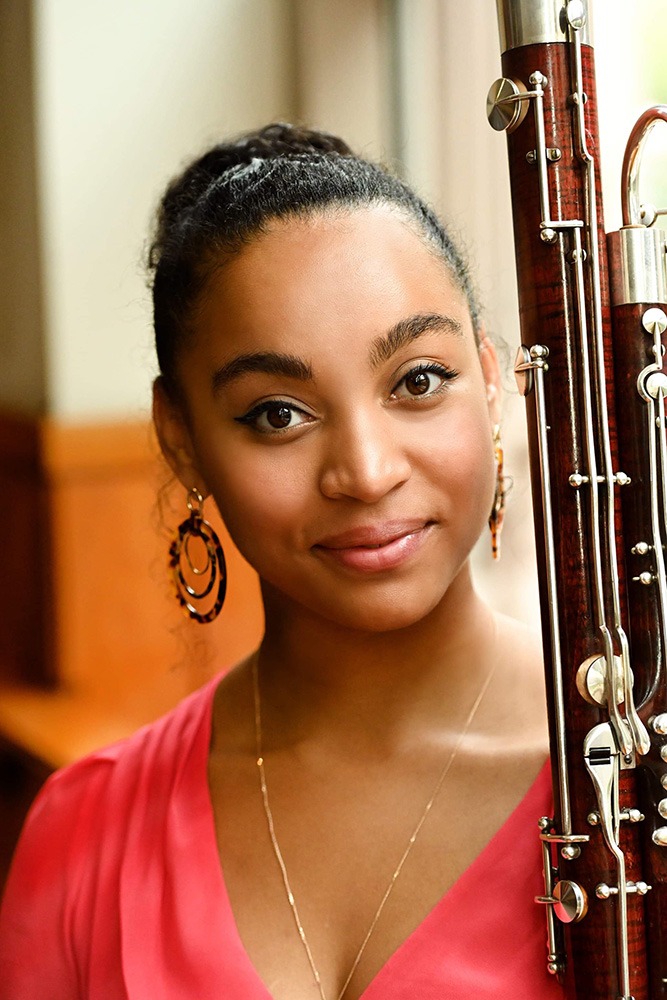 Marlene Ngalissamy is a Canadian bassoonist with international flair. Born in Moscow, she moved to Canada at 10 years old and began learning the bassoon three years later. She led to her being accepted at the Montreal Conservatory of Music where she studied with Mathieu Harel and Stephane Levesque. She later completed her undergraduate diploma in Montreal and her post-bachelor at the Curtis Institute of music with Daniel Matsukawa.

That’s when the world came calling. She participated workshops all over the world, including Pacific Music Festival in Japan, International Summer Academy of the mdw – University of Music and Performing Arts Vienna, Pablo Casals Festival, Orford Academy, Chamber Music Academy of the National Arts Centre in Ottawa, and Domaine Forget. She also had lessons with a number of national and international masters, including Dag Jensen, Carlo Colombo, Laurent Lefevre, Ole Kristian Dahl, Stéphane Levesque, Gustavo Nuñez, Christopher Millard, Vincent Parizeau and Louise Pellerin, and has worked with a number of world renowned conductors.

Aside from her orchstral work, she also find time to help out in the community. She is currently a part of a community teaching artist program, working with the Penn Memory Center, where she is leading a “creativity through music” class for people with diverse stages of Alzheimer’s disease.

“To have won the Principal Bassoon Position with the Quebec Symphony orchestra! Which is my first full-time orchestral position job!”

“There is a huge list of many obstacles that were present. Some extremely deep and some less. I think that one of them was to learn how to deal with expectations, either them being the expectations that we impose upon our selves (mostly) or from other people). It’s always hard not to compare your self to everyone who sounds and plays fantastic while at school. It can sometimes get discouraging to see people learn so fast and play perfectly. One thing that helped me to believe in myself more is when I learned how to practice effectively (which was not very long ago..ahah), to be curious about the learning process, how the brain works and learn more about my self as an individual. Not everyone learns the same way and figuring out what works specifically for you, is one of the purposes of being at school, to me.”

“I’m actually an introverted and shy individual (which can be surprising to some people).”

Kathryn Patricia Cobbler is a visual artist turned violinist who has been drawing and painting for as long as she can remember.

“Capturing the world around me through ‘shape and line’ has always been something that has fascinated me.”

For Cobbler, who grew up in a family of instrumentalists, her introduction to the violin started at home.

“As the rule in my house growing up was that all the kids (I’m the youngest of three) had to learn to play an instrument. At first, I started on the piano at age five. Unfortunately, playing one melody with my right hand and another with my left hand, was not something my five year old brain could comprehend.”

After throwing a “hissy-fit”, her father suggested she switch to the violin and the rest is history.

“Though it was the beautiful sound of string instruments that first captivated me, it was the friends and community that kept me playing. It wasn’t until half way through my undergrad degree that I switched to “the dark side”, also known as the viola.”

Raised in Windsor and now living in Ottawa where she is a Teaching Artist at the National Arts Centre, Cobbler has been playing professionally since 2012, and can be seen creating uniquely arresting soundscapes, whether in solo recitals, composing for theatre, performing at art installations, and more. She was recipient of one of Ottawa Arts Council’s Emerging Artist awards and has been featured in Canada’s most notable Concert Series, including Chamberfest, Music and Beyond, NUMUS Music Festival, and the Ottawa New Music Creators’ Analogue Series. She has also appeared within the Toronto Symphony’s Trans-Siberian Orchestra, Ottawa Symphony Orchestra, and the Ottawa Jazz Orchestra.

“Hmm, this is a hard one to answer. I think as a performer it has been the opportunity to perform and connect with thousands of audience members through interactive concerts online and in-person in community and school settings. As an arts leader, it has been completing the Global Leaders Program (https://www.globalleadersprogram.com/2022-cohort/) which focuses on using music to further social change. I learned valuable skills in bringing meaningful projects to life that connect with communities.”

“Having the courage to explore what a career as a classically trained musician could look like fused with my other artistic practices. It has been through continuing to ask the question of “what could this look like”, that I have pursued a performance career that in many ways may be unconventional, but is one that celebrates the many facets of my artistic vocation.”

“I don’t like chocolate very much. I also really enjoy weightlifting.”

Born and raised in Calgary, Alberta (Treaty 7 Territory), FOONYAP is a classically-trained violinist and vocalist, with a style and sound that is equal parts fragile and dynamic. Her introduction to the violin came when she started lessons at just four years old before entering the Mount Royal Conservatory of Music at 11.

Now a professional artist for the past six years, she had many stops along the way, lending her talents to the protest rock of Art Bergmann, the indie folk-pop collective Woodpigeon, and her own FOONYAP and The Roar.

She made her solo debut in 2016 with Palimpsest, a record that explores her sheltered Chinese-Catholic heritage and the intense classical music training of her childhood.

Her music was not only a means of self-expression but of reconciliation with her past by marrying brittle Chinese melodies with classical deconstructionism.

Since then, FOONYAP toured the world, including the UK, Europe and Canada, garnering attention from acclaimed media platforms like The Fader, The Line Of Best Fit, the Toronto Star, and CBC Q + Music Lab.

In recent years, FOONYAP has ventured beyond her roots as a violinist and vocalist, exploring dance and composition. Her recent projects include SHED, an interdisciplinary collaboration with choreographer Pam Tzeng and an upcoming commission by the Kensington Sinfonia.

“I am proud of the work I’ve been able to do with the Chinese-Canadian community. When I was young I struggled with my heritage and the opportunity to channel my creativity in service of my ancestors is deeply healing.”

“The question should be what obstacle or challenge I HAVEN’T faced. I have confronted so many, from the cultural pressure to conform, financial difficulties, professional mismatches, mental health issues, getting gear stolen, contracting strep throat before a major tour, dealing with a back injury… and now I can add adapting to a global pandemic to the list.”

“Every failure and mistake has brought me closer to who I’m meant to be and now I am strong.” 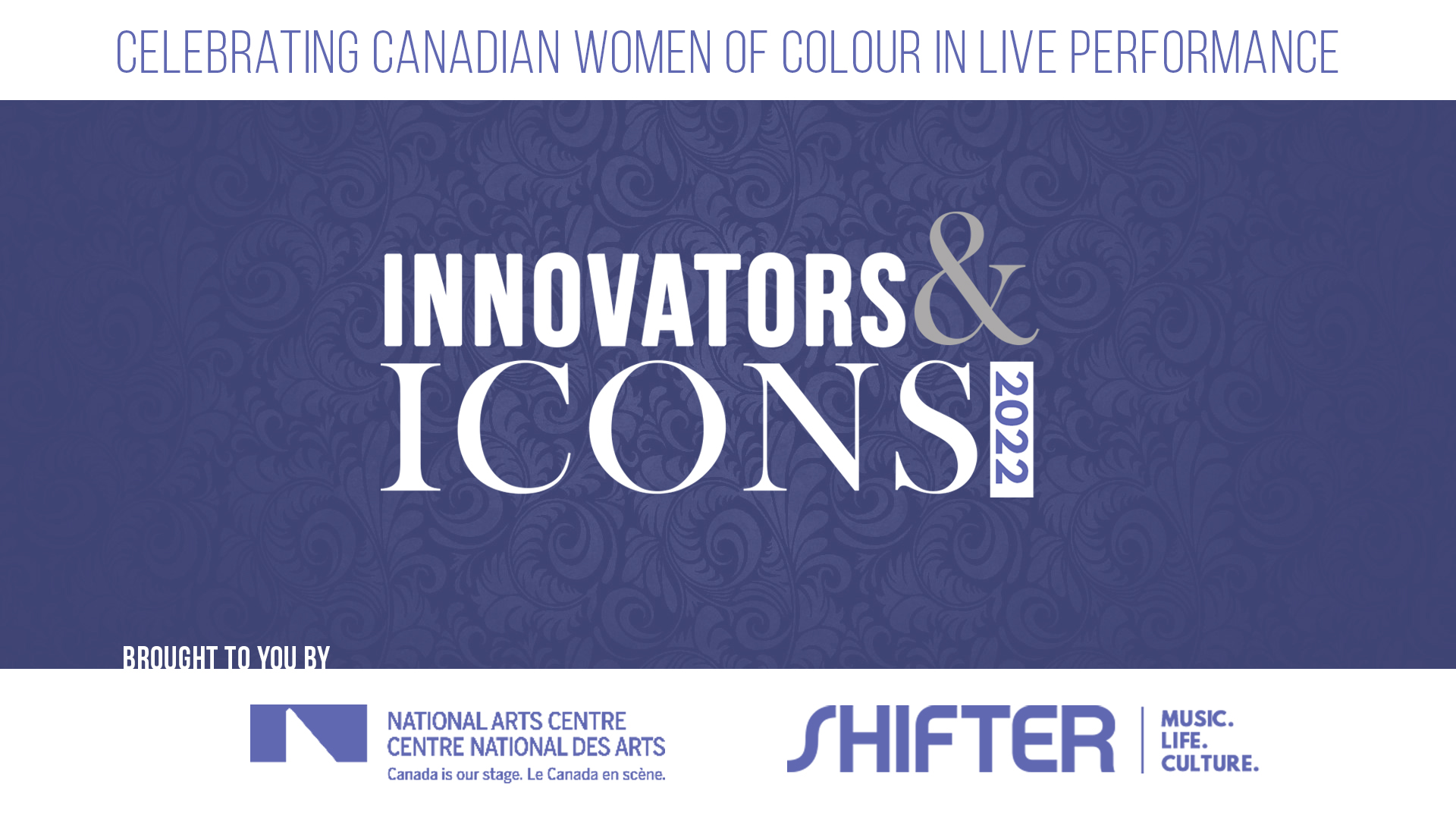