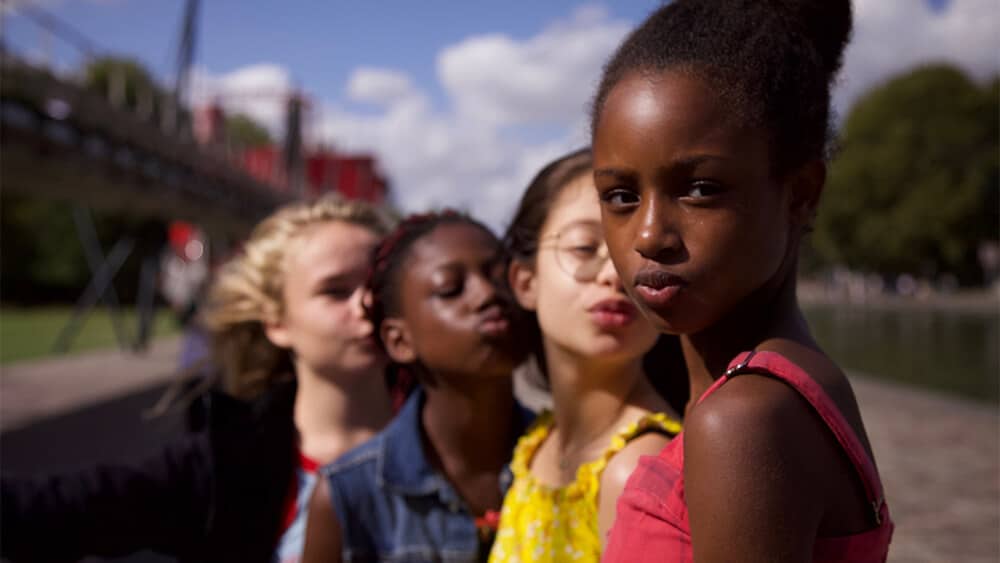 The world is still buzzing about one of the most controversial movies to hit Netflix in years―Cuties. If you don’t know what I’m referring to, this movie has people in an uproar, calling for boycotts of Netflix due to the sexualization of children.

After watching it for myself, I’ve decided that I won’t be among the masses boycotting Netflix. Some of you had me believing this thing was glorifying pedophilia and it’s not. Now, are my kids going to be seeing this movie? No. Was it hard to watch? Yes. Are pedophiles going to watch this? Probably. They’re sick. Is sexualization of children wrong? Absolutely! So why did I watch it? To form my own judgements and opinions.

Yes, the girls in this movie are so young their actions are jarring, but the scenes, however, depict what is really happening in our homes, schools and culture, which is equally disturbing and sad. This isn’t just a movie; for some, this is real life. With a pop culture that is highly sexualized and highly social, some kids today are doing exactly what is depicted in this movie.

According to the director, Maïmouna Doucouré, the film was inspired by an experience she had at an outdoor show in France where she saw little girls on stage doing these same dances. She created this film to show what’s happening to young girls today due to the influence of social media. It’s a coming of age story for main character Amy (yes, there’s an actual story). It shows how hard it is to navigate pre-teenage life in 2020―the pressure to fit in, listening to your parents, and following your religious beliefs.

As actress, artist, and personal friend, Rose-Ingrid, put it recently on social media, “It’s a snapshot of so many intersections at play in Amy’s life. Many immigrant/1st/2nd generation folk will relate. When everything is chaos and out of control- including your body, you start finding ways to assert yourself. For these girls it’s dirty dancing and dressing proactively, etc. For Amy it’s also fitting in and rebelling from her conservative upbringing.” Having adult responsibilities but still being a child leaves one confused.

This movie made me think, which is exactly the point. We have societal problems that need addressing, including the over sexualization of women (and men) in ads, selfies, and entertainment. Women are owning their bodies and loving themselves, and feeling free to share their bodies publicly, like never before, but this sexual freedom among adult women influences the young, impressionable minds to follow paths they aren’t mature enough to navigate. As a mother of a four year old daughter, I know that young girls get their example of what it is to be a woman from their mothers and other role models, so can we be surprised to see young people twerking and sexting if they see grown women doing it? Who are young people trying to emulate?

I believe there’s a purity and innocence that needs to return to young people along with an understanding of healthy sexuality and love for self. For that to happen, adults have to recognize their responsibility to be mindful of what is put out into the world especially for those with young followers.

Let’s put the focus on what this story is really about. Cuties isn’t a story about wayward children; it’s a story about the affects that adults are having on children, whether as parents, influencers, or role models. In this film we see Amy’s mother is dealing with her marriage. The other parents are trying to provide for the family and hold high expectations of their children, often using verbal abuse when expectations are not met. Some work long hours to put food on the table which has them missing critical moments in their child’s lives. These children are forced to be adults, tend to younger siblings, cook, and wash clothes, while doing well in school and being kids. That is a lot of pressure and with a lack of guidance, it’s a recipe for rebellion.

Celebrities and influencers need to understand the impact they’re having on the next generation, but parents also need to be parents. The child who has love and acceptance will not turn to outside sources to fill that need. The child who has an engaged parent will look to them as a source of guidance and influence instead of some social media influencer. The child who is coached and taught about the world will do better in the long run. An issue to address is why these children have access to social media. If they can’t see the behaviours, they can’t emulate them yet the parents buy the devices. Children are going to be curious. Our job is to answer that curiosity appropriately. Parents are to lead their children, build relationship, seek to understand them at every age and most importantly love and nurture them.

For all those boycotting Netflix over this film, that’s your choice. For those badmouthing the creator, take a look at her video explaining her reasoning for the film to see her point of view. Her intentions sounded right to me, but I’ll admit her execution was lacking. In my opinion, I think she was trying to drive a point home, but she could have tamed some of the images; after all, we are fully capable of understanding what’s going on without them.

Now, am I saying that this film shouldn’t have been made? Should Netflix not have picked it up? I don’t know. Creators have pushed the boundaries of what’s on screen for years. There was once a time when swearing wasn’t allowed and now it is. Watching episodes of Degrassi, one might ask whether it’s counterproductive to portray such real storylines on television.

But in the case of Cuties, this film isn’t gloryifying sexualized behaviour, nor is it meant to give you an escape or happily entertain you like other Netflix movies. It was meant to provide a real window into what’s happening today. As the saying goes, “Art imitates life”. What some have seen as a disgusting piece of art is a representation of a real life disgusting issue plaguing our society today. If there’s anything to get angry at it’s that, as well as ourselves for failing to see how our actions as adults have created this perfect storm for the next generation.