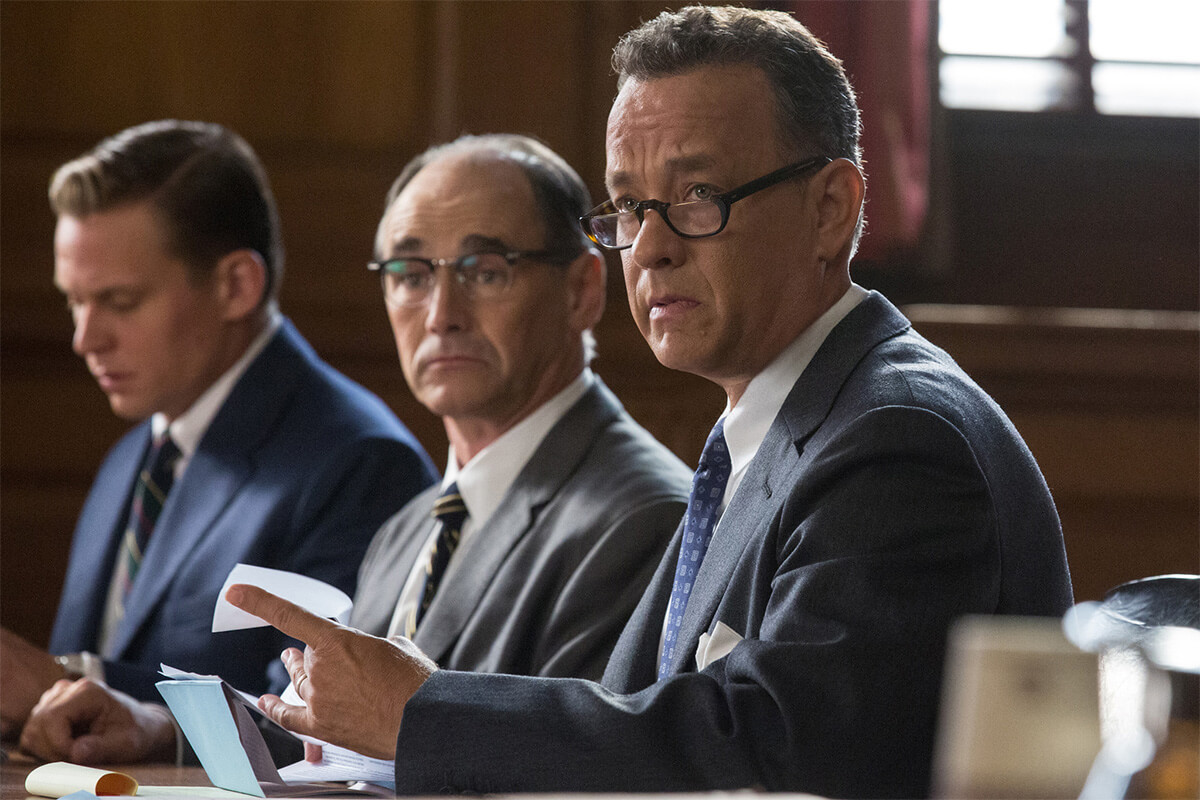 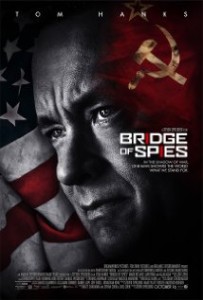 “Bridge of Spies follows Jim Donovan, a Brooklyn based insurance lawyer, who is tasked with not only defending a Soviet spy, but negotiating the exchange of spies between the United States and the Soviet Union, at the height of the Cold War.”

Bridge of Spies is a film that was on the radar of many film critics, being eyed for Oscar potential, due to its immensely talented cast and crew. From Tom Hanks, arguably one of the greatest actors ever, Steven Spielberg, one of the world’s greatest living directors and the Coen Brothers, the “genre-bending” writing and directing duo that took the film industry by storm, it seemed like Bridge of Spies was destined for greatness. But was it great? No. Bridge of Spies is a film that had immense potential, but ultimately was mishandled resulting in a decent jumbled mess. Tom Hanks, as always, is great in the film, but failed to show any signs of the brilliance that we have come to expect from him. After a brief hiatus from filming, and coming off of Captain Phillips, we, as film fans expected Tom Hanks to deliver a performance for the ages, but instead delivers one that is the Tom Hanks version of “phoning it in”. That being said, his performance is not bad by any means, as Hanks is an incredible actor, and his version of “phoning it in” is arguably better than other actor’s best work.

There are some excellent dramatic moments in the film, and his comedic timing was a wonderful surprise, but there was so much wasted potential in his character that led to ultimate disappointment. Another problem in the film was the relationships explored between Donovan (Hanks) and the supporting characters. There are far too many plot ideas involving Donovan and the people around him that are never concluded or fully explored, especially the relationships developed between him and his family and him and the Soviet spy, Rudolf Abel. By themselves, if sufficient time was devoted to it, these relationships had the potential to be riveting and emotional, but instead fell flat, forced and/or unfinished.

The underlying problem, however, with Bridge of Spies is not the actors’ fault, but rather in the story and how it was handled. As stated before, there are way too many plot points that are introduced early in the film, then either forgotten or hastily resolved with no clear indication of the how we got there. The removal of some of these unnecessary story ideas, and the expansion of others would’ve made them more effective and made the viewer actually care for what’s going on. Despite this, the film’s story is not terrible; it is relatively easy to follow and is usually interesting, but there are many random ideas littered throughout the film that are never explored thoroughly.

Other quick notes include the surprising comedic tone of the film, which worked well, but it was something unexpected from the trailers. The cinematography and directing were also very well done as per usual, with some incredible scenes using tricky lighting and the beautiful opening sequence featuring a distinct lack of soundtrack.

Bridge of Spies is like a puzzle with all the right pieces… just in the wrong places. All the right components are present for a spectacular film, but ultimately fall flat, are misused and mishandled, leading to a disappointment of a film for one of many people’s most anticipated of 2015.