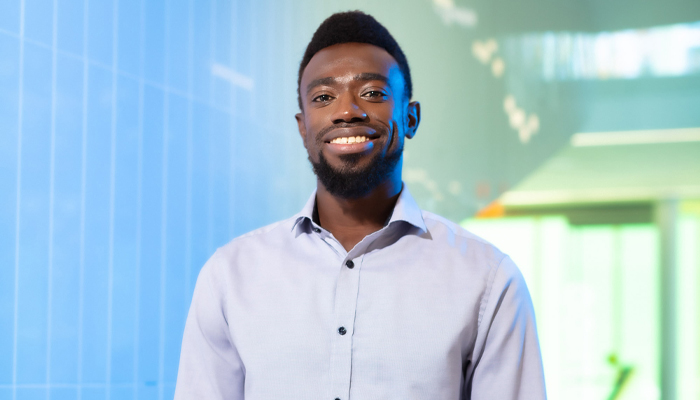 Yerro Gassama is a man well-travelled. Born and raised in Gambia until seven years old, he’d eventually move to Togo, Switzerland, Uganda, France, and Senegal before spending high school in Ethiopia. Fortunately, that wouldn’t be his final destination. In 2010, he would take his longest trip yet, travelling all the way across the world to Canada to attend York University.

Gassama first heard about the school when a representative from the university’s Glendon campus visited his high school university fair.

In the end, having attended a small high school, he opted for the big university experience and enrolled at York’s Keele campus.

After a chart identified law, politics and history as his ideal areas of studies, he decided on political science. As a lifelong martial artist dedicated to sports and personal fitness, he also decided to take some courses in the natural sciences.

“I’m super into sports and health and fitness so that opened my mind to the whole Kinesiology field…especially from the physical exercise and health and wellness point of view”, he told SHIFTER in a recent interview.

“That was something that was really interesting to me. I love training and coaching and being involved in sports. So it was another way to build that passion. Not just playing and coaching but understanding how the body works.”

This led to him deciding to minor in Kinesiology. Soon enough Glendon came calling.

“What made the decision in the end was there were a few profs at Glendon who I wanted to take their courses in politics. I also wanted to check out the campus so I’d sometimes get on the shuttle and just see what happens at Glendon. It’s such a mysterious thing being a Keele student. And I was like, ‘Wow. This place is really nice; the campus is beautiful’.”

After graduating in 2017, Gassama eventually made the transition from being a York student to joining the staff at Glendon. After six months as Student Life Representative he became Student Life Coordinator with the Office of Student Affairs where he works with first year students, mostly incoming high school students, but also transfer and mature students, coaching them through the different phases until graduation.

But despite his dedication to helping students navigate university life, he still finds time to stay active. Still an avid martial artist, he recently competed in a Muay Thai competition—his third fight of the year.

It appears everything he’s learned in Kinesiology, martial arts and even coaching as a Student Life Coordinator may be leading to his next big adventure.

“I want to go more into coaching and the sports business side of it in the future.”

1. Understand what experiences you’re looking for

Yerro notes that for him, being able to network and meet people from across the world, including future leaders, was important.

2. Research what kind of services they offer

Yerro advises new students to choose a school that can help them become the person you want to be, whether through co-ops, internships or other services.