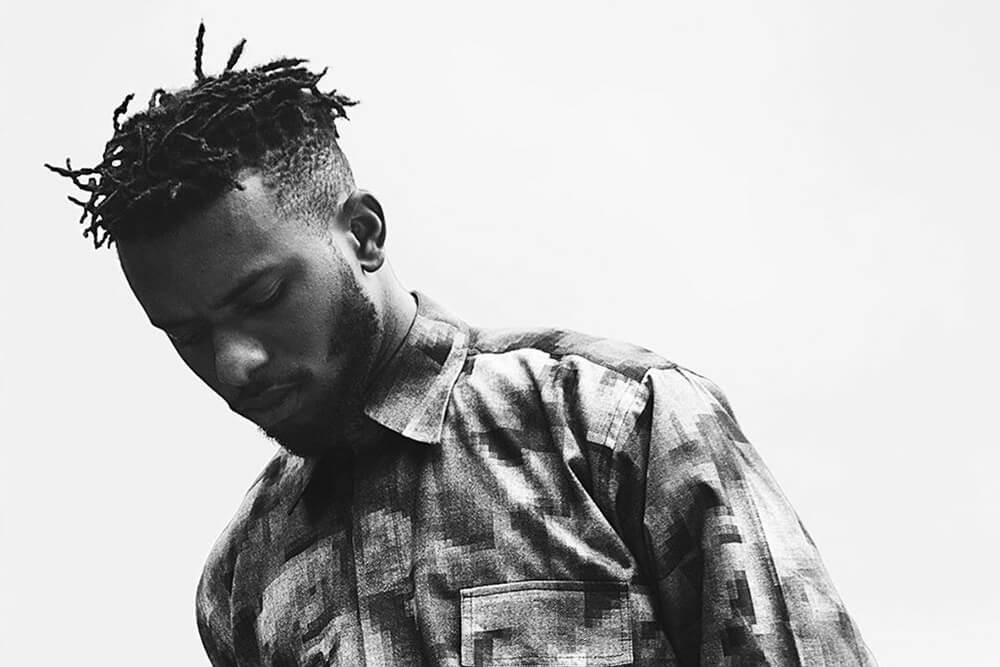 SHIFTER’s Artist of the Month for July is Asuquomo, the musical project of the Canadian multidisciplinary artist, Morris Ogbowu. Since immigrating to Ottawa in 2012, he began his career releasing music from 2014 to 2018 under his birth name, followed by a rebirth in 2019, under the name Asuquomo. The Nigerian-born singer-songwriter has drawn inspiration from an interdisciplinary background in the arts.

His 2018 LP, This That Mo, was the recipient of the Rick and Brune Sinneave Artist Award at the Banff Centre for Arts and Creativity. Asuquomo maintains an unmistakable and unique dexterity in both visual and auditory storytelling. The Fresh Committee describes Asuquomo as an artist that, “seamlessly move[s] in between sonics with unprecedented ease…often painting distinct verbal visuals of his upbringing and cultural surroundings.”

Ottawa Arts Council and RBC 2020 Emerging Artist Award. My debut EP, Diobu, received financial support from the Ontario Arts Council. The project began at my first artist residency at the Banff Centre for Arts and Creativity in fall 2018 and took two years to complete. The demos which were created live-in-concert were awarded a music recording grant by the Ontario Arts Council in March 2019 and began production in late summer 2019. I can say the experience of making DIOBU EP has been the most accurate execution of a project’s idea to its full potential and I am grateful for the support of the Ontario Arts Council and their trust in my vision.

I’d be a filmmaker, or spend more time painting.

Making a lot more music and collaborations, or going in a new direction exploring live performance.

To stick to their ideas and see them through.

My debut EP DIOBU out now!

Check out our new Spotify playlist Canadian Come Up, music from Canada’s most slept on hip-hop and R&B artists. Follow to get your regular dose of the music the radio and big playlists aren’t playing BUT SHOULD BE.