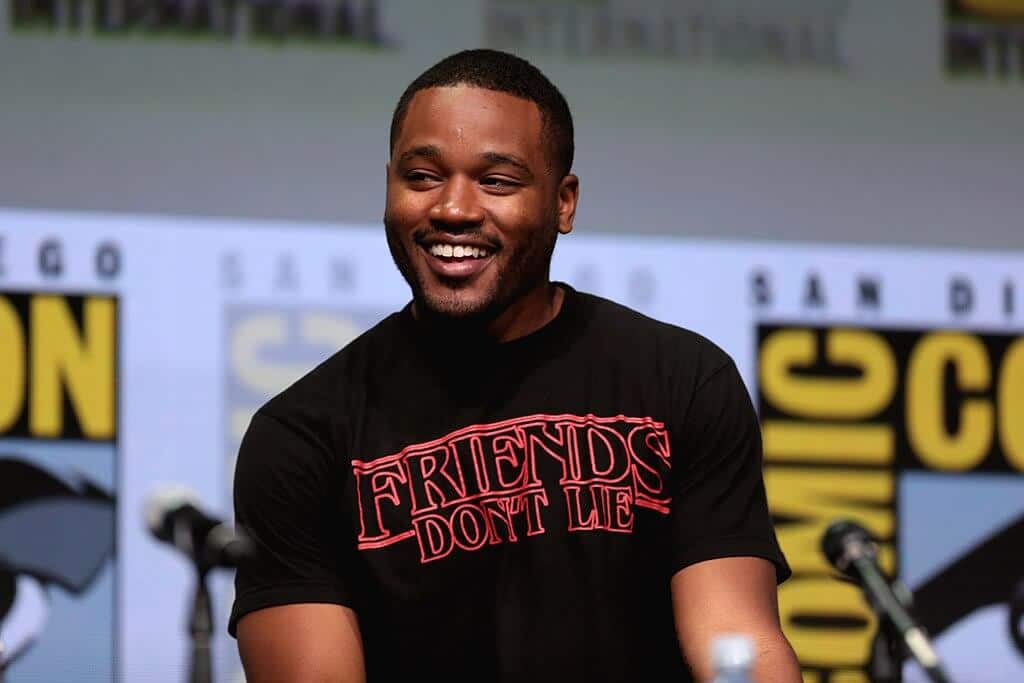 FROM CALI TO WAKANDA : A CLOSER LOOK AT BLACK PANTHER DIRECTOR, RYAN COOGLER

“Deep down we all hoped that people would come to see a film about a fictional country on the continent of Africa, made up of a cast of people of African descent. Never in a million years did we imagine that you all would come out this strong.”

This is an excerpt from an open letter Ryan Coogler posted on the Marvel Studios Instagram page. At 31 years of age, this proud African-American man is the director of one of the most successful superhero films of all time, Black Panther.

But as a fairly unknown Hollywood director prior to his work on Creed, many people may be wondering who is exactly this young, up and coming director.

Despite his new found mainstream success, Ryan Coogler wasn’t planning on becoming a film director. He planned on becoming a professional football player, attending Saint Mary’s College in California on a football scholarship. His back up plan was to major in chemistry and attend medical school in case football didn’t work out. Thankfully it didn’t.

As a liberal arts school, Saint Mary’s College students were encouraged to take creative writing classes. One of his teachers loved one of his papers where he told the story of the time his dad almost died in his arms and encouraged him to write plays. During an interview, Coogler admitted that he didn’t even know what a screenplay was, but he had always loved movies. After some reflection, he took his teacher’s advice and started writing, and realized he really enjoyed it.

After his high school football program got canceled in 2004, he transferred to Sacramento State College on another scholarship. After graduation, he pursued his studies at the University of Southern California School of Cinematic Arts where he directed the shorts films Locks (2009), Fig (2011), and The Sculptor (2011).

Despite being relatively young in the industry, Ryan Coogler started strong. He released his first film project Fruitvale Station in 2013, which featured Michael B. Jordan and his brother, Keegan Coogler. This movie won an award at the 2013 Cannes Film Festival. His second movie, Creed, which also featured Michael B. Jordan, was released in 2015. It was nominated for Movie of the Year at the 2016 MTV Movie + TV Awards.

His biggest success to-date is Black Panther which generated just over $780 million at the global box office as of March 1, 2018.

Coogler isn’t your average director. He likes to work in close collaboration with his actors as he believes it contributes to the overall success of the movie. Black Panther screenwriter Joe Robert Cole stated in an interview with Collider that Coogler loves working with actors who take ownership of the script by suggesting changes that improve the overall story.

For Ryan Coogler fans, new and old, fortunately we won’t have to wait much longer for another project. In 2017, it was reported that Coogler and Jordan will be working together once more on a new movie, Wrong Answer, based on the 2006 Atlanta Public Schools cheating scandal.

For now, Coogler is taking in all the success brought on by Black Panther.

In his open letter he went on to say, “It still humbles me to think that people care enough to spend their money and time watching our film — But to see people of all backgrounds wearing clothing that celebrates their heritage, taking pictures next to our posters with their friends and family, and sometimes dancing in the lobbies of theaters — often moved me and my wife to tears.”

And at that moment, Ryan knew that his latest movie left its mark in cinematographic history.

Should we expect him to direct the Black Panther sequel? According to Marvel Studios president, Kevin Feige, that’s a possibility if the sequel gets the green light (which is a given looking at the global success of the current installment). If it truly does happen, I’m already looking forward to Coogler taking us back to Wakanda.