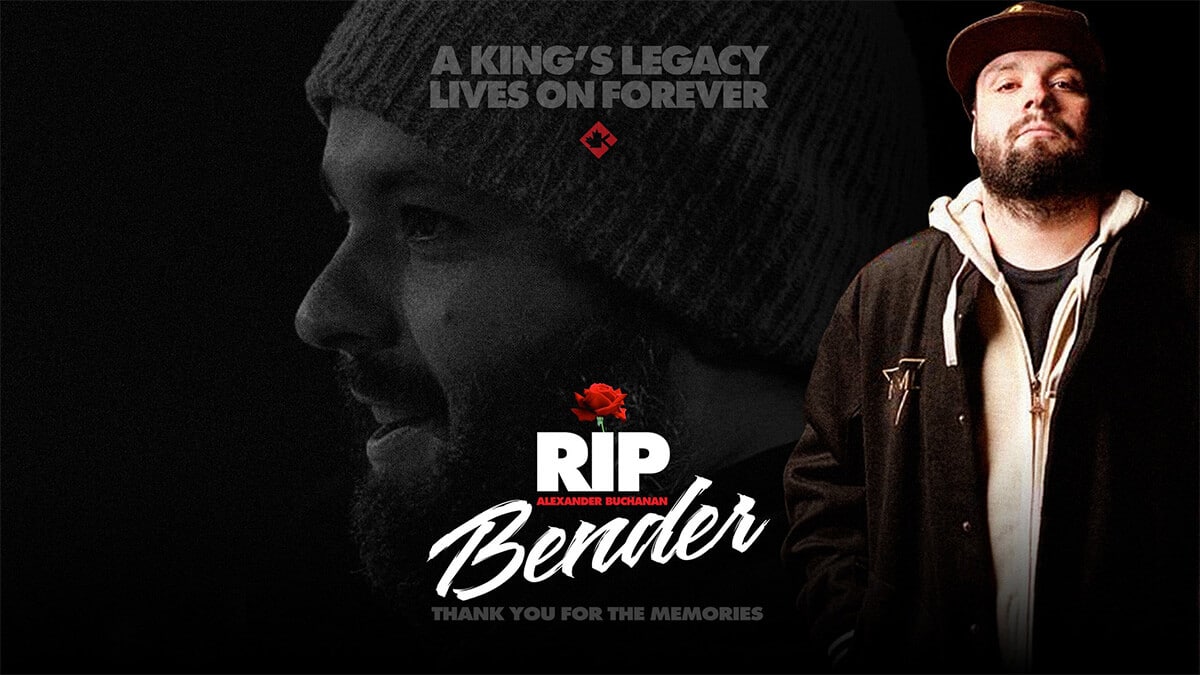 One of the shows we had the privilege of taking in at the 2017 edition of Bluesfest was Ottawa rap group Flight Distance as they opened for hip-hop legend 50 Cent. It was our first time seeing them perform live since House of Paint in 2015.

We were shocked to learn that group member, former King of the Dot battle rap champion, and painter, Bender, died this past weekend in Montreal at only 37 years old.

Alexander “Bender” Buchanan died suddenly in Montreal on Thursday night from an unknown cause, possibly sleep apnea. He was 37.

Buchanan’s mother, Dorene Inglis of Kingston, said her son’s death is under investigation by the Montreal coroner’s office. But as of now, it remains a mystery.

“He was someone who had generosity of spirit,” she said. “He was very sensitive and kind.”

The Canadian hip-hop community reacted to the news over the weekend.

Bar for bar, as they great as they get. RIP Bender https://t.co/GgI7PoaS3G

RIP @Al_Bender
The KOTD family feels incomplete today. We are deeply saddened to inform the battle community of a giant loss to the scene. Today we lost not only a talented battler but a loving son and brother. We love you man. Thank you for allowing us to be part of your journey pic.twitter.com/83sokSqJza

Rest in Power. Peace to the fam of Bender and of course all of his friends going through it. Peace. https://t.co/J0IsEdjDbw

Although, we never met Bender personally, we would like to extend our condolences to his family and friends. His contribution to the creative community in Ottawa and beyond will be missed.

To donate towards helping his family with funeral costs visit https://www.gofundme.com/albendermemorial