I’m honestly still basking in the glow of #WakandaForever and the enormous success that was Black Panther’s opening weekend, which, at the time of writing, is estimated at $404 million. It goes without saying that I’m extremely proud of what the director, cast, producers and everyone else involved in the production of this film have accomplished. And let me be frank, I was initially both excited and worried that this movie might not be the smash hit it needed to be to justify the investment in such a predominantly black film to the higher ups at Disney and Marvel. Especially a film based on an immersion into the black experience globally and the African experience specifically. But am I ever glad to say that it was all worth it, and I personally believe we’ve yet to see the true impact of Black Panther on mainstream culture.

Black Panther’s mission statement was simple- all black everything. Written and directed by Ryan Coogler, a young black man from Oakland, California, this film is Afrocentric by design. From the writers to the cast, all the way down to sound design and extras, whether it was front of the camera to behind the scenes, black talent was everywhere. The most obvious component of which is the stellar cast comprising legends such as Forest Whitaker and Angela Bassett, established stars like Lupita Nyong’o and Michael B Jordan, and up-and-comers such as Letitia Wright and Winston Duke. The interaction between their characters is what informs the plot and brings the fictional East African nation Wakanda to life. And before I go even further, let me say this right now- my beautiful black sisters we are going to do better listening to you.

The visual department and sound design all follow suit by pulling inspiration from the motherland and does an excellent job in immersing you in a fictional world that somehow feels familiar. Everything from film composer Ludwig Göransson’s wise choice in collaborating with African artists like Baaba Maal to the soundtrack being blessed by none other than Kendrick Lamaar, help create this movie’s afrofuturistic sonic soundscape. And these design decisions permeate the film in a visual sense as well, from the architecture on display in Wakanda to the vibrant, regal and deadly dress which the various tribes wear prominently. The filmmakers infused Afrofuturism into every frame of this movie and I believe that these unseen elements are what contributed to the feeling of authenticity. 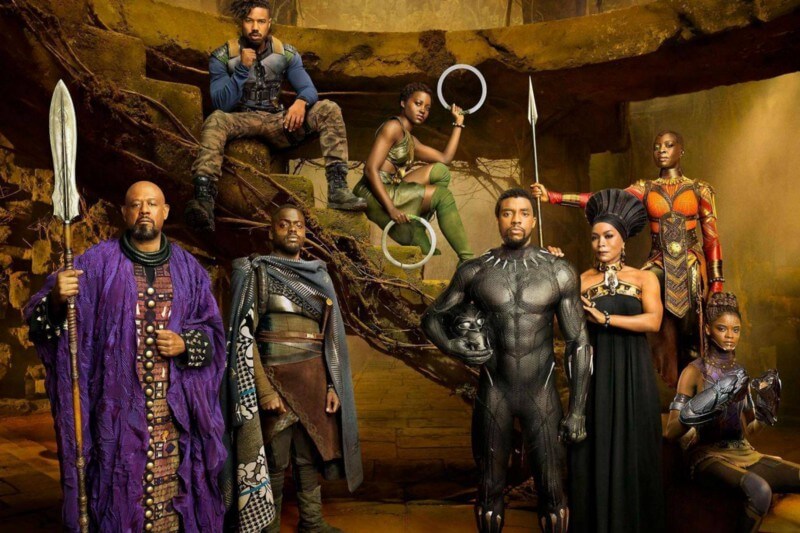 As a solo adventure in the Marvel Cinematic Universe (MCU), Black Panther benefited from the tie-in both in terms of the mainstream platform and a substantial $200 million production budget. However, this film also bears the task of introducing the audience to a new world and fleshing out the story and background of the titular character. The bold gamble here is that the film had to stand on its own merits without assistance from multiple key characters as seen in other recent MCU releases. It also had to garner revenue on a scale that would stand out even amongst other Marvel juggernauts. And yet this film has managed to surpass all odds, a story reminiscent of so many of us. Any of those familiar with Ryan Coogler (see Fruitvale Station, Creed) were confident that he would put his stamp on the film and he does so here while being uncompromising in its black essence.

Aside from making an exciting stand-alone film that anyone can enjoy, Coogler and company were dedicated to the authenticity of the experience they were trying to convey. Now, there were definite misses along the way such as the accents not being quite right sometimes, but these faults were compensated by the themes of a nation built on cultural diversity and egalitarianism. And basing the central thematic struggle of the movie on the idea of the hypocrisy of a nation aspiring to greatness and a place of global leadership also harbouring isolationist and populist rhetoric was a stroke of subtle genius. In addition, the enormous importance of proper representation cannot be overstated. This symbolic and thematic fusion of progressive themes of inclusion and unity is what I was most impressed with. That and the single best villain in the MCU with Killmonger. 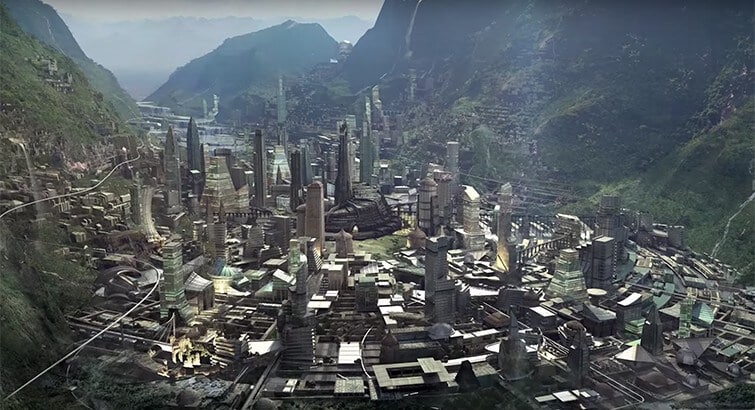 So one is left to wonder, what is the real world impact of this film? Firstly, we have a mainstream representation of black culture for future generations to enjoy. An excellent film in its own right full of images of traditional dress and accessories, vibrant colours, traditional instruments and beautiful black people. Secondly, judging by Hollywood’s very reactionary ways, this film’s financial success will have a positive impact for black creatives and their future enterprises. And thirdly, hopefully this will also spark creatives to forget the conventional methods of storytelling in favour of other cultural influences. This movie is in no way, shape or form the end all or be all of black influence on popular culture; we have been doing that since the beginning of time and will continue to do so as it’s in our very essence.

This film isn’t without its flaws, however. It does at times follow the Marvel formula too closely which distracts from its greatest strength, the interactions between its various characters. Some elements such as ancestral vision quests are inherently cheesy as they’re derived from the source comic books. Some of the CGI looks iffy at times even to the untrained eye. And most importantly the fact that this movie lacked a major opening night event in Africa itself is a mark against its whole premise. However, people have a tendency of mistaking milestones for destinations. I am glad to say, Black Panther was an excellent step, and although there are many more steps on the journey. We can proudly say that we will keep marching on towards the ideal that is Wakanda. Forever.

Black Panther gets a DIAMOND review.