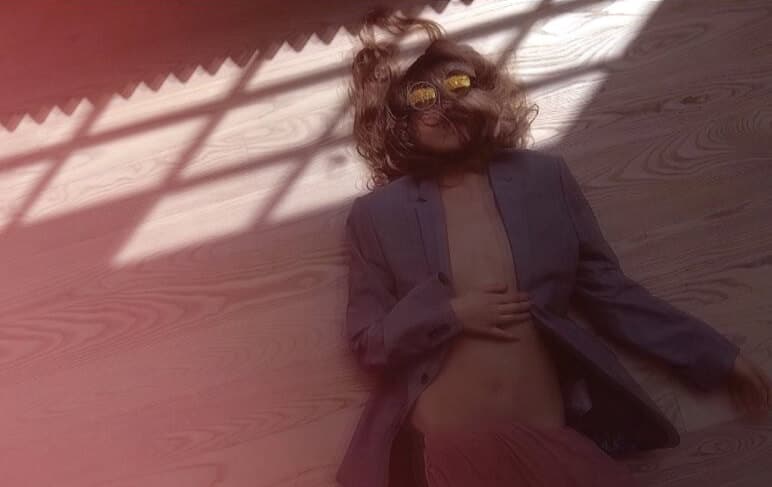 As most of our readers are aware, we seldom review short films. Personally, I don’t have any sort of bias against them but I find that a good majority of them fail to use their short format to deliver enough of an impact. Now, from time to time, I find myself pleasantly surprised, which brings us to D E J A V U, directed by Christopher Massardo and starring Antonia Juric. What most short films fail execute in ten minutes, D E J A V U manages to do it in two.

“The concept behind the film is being trapped; this could be in a physical place, in a dream, or in our own head. The repetitious aspects of feeling trapped often feel like a cycle we can never break, a constant sense of Deja-vu.”

What makes “D E J A  V U” such a formidable and memorable effort is the fact that it’s flawlessly directed and edited. Through its soundtrack and its style, this film manages to communicate its concepts without the use of dialogue. It’s important to mention the surprising performance given by Antonia Juric. Surprising because of what the actress is able to communicate without having to deliver a single line. At a quick glance, it occurs to me that Juric is probably a model, given how the film also uses photography as one of its mediums and how organic her presence in the film feels. Every single frame she appeared in was natural and almost effortless.

Now, as certain scenes unravel and as our main protagonist is getting trapped, the pacing of the film accelerates, thus conveying a sense of urgency. Simultaneously, the protagonist is repeating her actions but this time she is forced to use alternative means to convince us of her contentment. I had to ask the director if this was done purposely of if it was just an amazing coincidence:

Vladimir: Correct me if I am wrong, maybe I am reading too much into it but I think I have also caught a few glimpses of subliminal commentaries where the actress is also compelled to fake her satisfaction with her situation in order to cope with being trapped?

Christopher Massardo: Yes, you definitely caught on to that, you weren’t reading too much into it.

Again, keep in mind that this film is two minutes long. This is where the genius of the project resides. It doesn’t beat around the bush, it knows what message it wants to communicate, seizes the opportunity to capture the viewer from the get go and ends the way it should. I would highly recommend you to keep an eye out for those talents, especially given the fact that this short film is Christopher Massardo’s first directorial effort.

*Yes, our highest note. Make sure to go watch it. It’s that great*