Fans of DC comics and superhero films rejoice! Justice League is here and it is awesome. It may not be perfect (it is certainly far from it), but there is so much fun to be had watching this film. Boasting an excellent blend of action, astounding visuals and great characters, Justice League is the team-up film that many, including myself, have been waiting for for years.

Being a film that has the unique circumstance of being directed by two directors with essentially polar opposite styles, Justice League should’ve been a mess. Zack Snyder and Joss Whedon (who directed both Avengers films) are two talented directors in their own right, but Synder comes with a very distinct visual storytelling method, where Whedon comes at you hard and quick with fast, quippy character pieces.

This film’s tone shouldn’t have worked. But… it did. And almost seamlessly. Sure there was the odd moment where you can point at the film and say that was definitely a ‘Snyder moment’ but overall they worked very well together and blended seamlessly. The two seemed to balance each other out, fixing each others faults to create a film with a super fun tone with serious stakes. There’s just enough visual storytelling and serious moments balanced out by moments of levity, character development and chemistry.

The characters in this film each have their own time to shine. Given the sub two hour run time, this is another thing that shouldn’t have worked. A six character team, each with their own sets of goals, backstories and personalities, some of whom have to be set up within the run time and establish some sort of connection with the audience. It was a disaster in the making, but again, Justice League defies the odds and manages to give each character just enough screen time for the audience to fall in love with them. Each character, whether it be Wonder Woman, Batman or Aquaman has a moment in the film that establishes themselves as a unique character and nobody feels like they’re being overshadowed by another. This is a rare feat, something that superhero ensemble movies have had a tough time doing in the past, but something that Justice League nails. 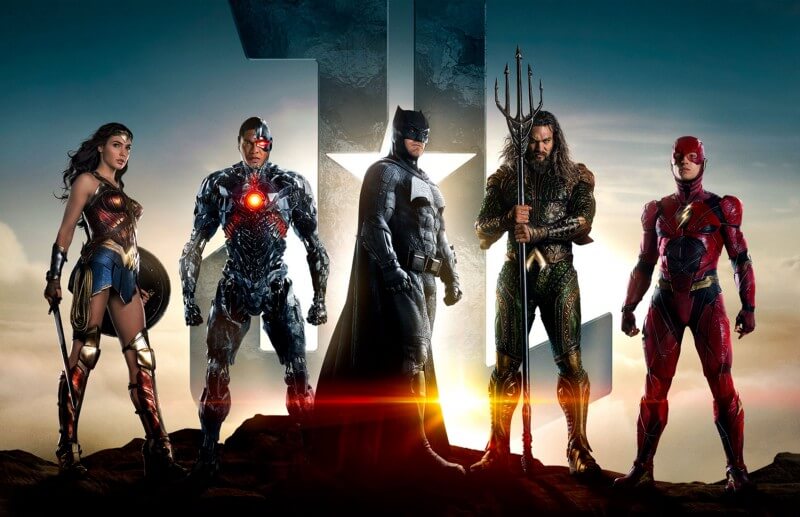 Now this film isn’t a masterpiece. Yes, it’s a hell of a time and you’d be hard pressed to find someone who absolutely hated every moment of it, but it isn’t without it’s problems. The biggest one, and it’s a very noticeable one, is the CGI. For a film that has been in production for over a year and a $200+ mil budget, the CGI shouldn’t look this bad. Every closeup featured an amateur green screen effect and the final act looks straight out of a PS2 God of War cut scene. If there was one big negative bringing the film down, it would be the absolutely horrid visual effects work. You’d be hard pressed to find another modern blockbuster film with such bad CG.

Another fault of the film, and perhaps this is on the studio (again), is it’s runtime. Batman v Superman: Dawn of Justice (BvS) suffered from being far too long and still felt like it was missing some stuff. This film, clocking in at just under two hours, feels even shorter and while the gaps aren’t as noticeable, there were some scenes and character storylines that could’ve used some more meat. The run time isn’t something that hurts the film nearly as much as it did for BvS, not even close actually, but the film could’ve felt a lot more complete with an extra 30 min.

Justice League is always going to be a film that is, fairly or unfairly, compared to The Avengers. And that’s not necessarily a bad thing. Both films feature excellent character moments, incredible action, deep cuts for fans of the comic books and an overall WOW factor that isn’t always seen in superhero blockbusters. It might be my inherent bias towards DC comics as a brand, but for me, I enjoyed Justice League more than the original Avengers, problems and all. But for once, comparisons between the two mammoth comic book brands isn’t completely unwarranted. In fact, I think that those who didn’t like Justice League can look back and compare it to the Avengers and find they’ve very similar, in a good way.

Overall, Justice League is a blast. Sure it has it’s problems, and I don’t think DC will ever be able to escape the stigma from BvS (whether you like BvS or not, there is a stigma associated with DC after that film). But I think if you can go in with an open mind, it’s pretty hard not to at least have a fun time watching this film. Here’s to more entertaining DC films.

Justice League gets a SILVER rating.

Note: For fans of the DC comics, this film is an absolute goldmine. This review is spoiler free, but keep your eyes open for many an Easter egg or reference in there, as well as some major deep cuts for super-nerds of the DC multiverse. Oh and for the love of the Mobius chair, stay for both post-credit scenes.