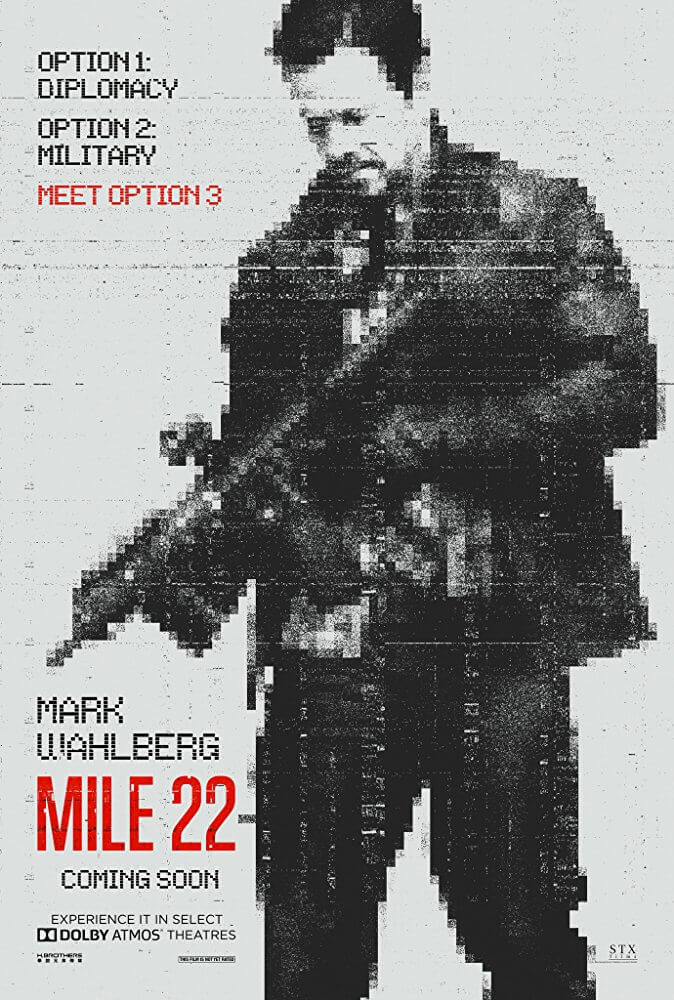 Co-starring audience favorite, Iko Uwais (The Raid), Ronda Rousey, Lauren Cohan, and John Malkovich, Mile 22 is a 90-minute journey where bullets fly and grenades explode across the screen. Thankfully, the aforementioned 90-minute runtime is the only good thing about Mile 22 as it ensures you won’t have to stay in the theater to endure its brain-numbing assault on the senses very long.

As the film opens, it’s not hard to tell what demographic Peter Berg has his crosshairs set on. Berg wants to terrify moviegoers into believing their neighboring communities are being inhabited by impending foreign entities. Al-Qaeda, Russia, and other villainous territories are name-dropped at the drop of a hat to try and amplify the sense of terror at stake. It’s a maddening trope that signals Hollywood knows where it can make its money, and how it can get audience members rallying behind jaded political ideals. Not only that, but the film regurgitates endless loops of dialogue aimed at justifying unstable behavior in beefy males by exerting countless threats of gun violence towards other characters in the film. For the entirety of the runtime there’s an astonishing amount of gratuitously bloody bodies and shots of the American flag waving in the wind that would make even the most patriotic of Americans cringe.

Truth be told, this should be anticipated for Berg and Wahlberg’s fourth collaboration in five years. Despite a general liking towards Patriot’s Day (2017), Lone Survivor (2013), and Deepwater Horizon (2016), it’s clear that everyone was here to grab a check. Even Iko Uwais was surprisingly misused despite elevating brief moments of action that paralleled The Raid (2011), although Berg was unable to capture Uwais’ generational talent in the way that Gareth Evans could. For a film that’s adamant on stretching the runtime to the absolute limit, it keeps the encounters brief and choppy. With camerawork seemingly placed inside a broken washing machine, there’s no exhilaration to be found within any inch of the frames. There’s an overload of violence for the sake of having violence and it bores more than it roars.

The less spoken about Mile 22 the better as it’s 2018’s most terrifyingly awful film thus far, replicating a portion of Hollywood that still thinks abusing gun violence in films gives audiences a reason to cheer when a person of color gets their head ripped in half by a bullet. It’s terrifying more than it is awful, and in that case, Mile 22 is best forgotten. An agitating 90-minute locomotive that’s simple in concept, but over-inflated with dumb ideas and petrifying decision-making.