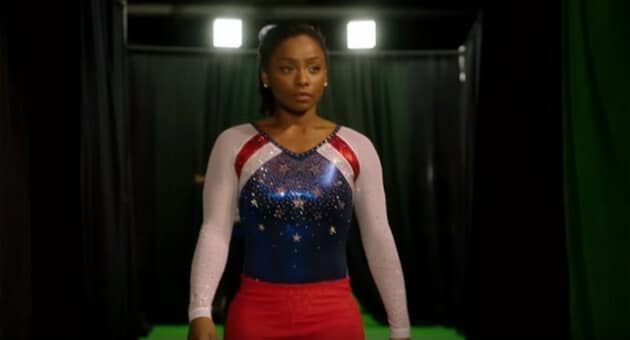 WHY DOES BLACK TELEVISION SUCK SO BAD IN CANADA?

I recently checked out my Instagram feed and came across a movie premiering on Lifetime TV starring Toni Braxton in association with Bishop TD Jakes. Immediately I got excited and remembered the time it would be airing. But sadly I didn’t get a chance to see it. Not because I don’t have the channel (I pay a pretty penny for cable- thanks Rogers), but because this movie didn’t air in Canada. Disappointed again by certain content being unavailable to me in Canada.

The following weekend, the same thing. A movie about Simone Biles, a Black American gymnast, produced by How to Get Away with Murder‘s Viola Davis, was set to appear on Lifetime. Again, I’m excited but I’m quickly let down because it’s not available in Canada.

CRTC, what’s up? At first I think it’s their problem because of the Canadian content rules, but after some research I find out the problem is with the broadcaster. So I contacted Rogers just to check and, of course, they can’t help me. So I finally decided to contact Lifetime, left a message with no response.

My problem is that I’m paying for all these channels and can’t get the content I want to see. I’m all for supporting Canadian content. but let’s face it, Canadian content doesn’t cater to my culture even in February for Black History Month (which is also a sad state of affairs in Canada in its own right).

While every city has had an opening ceremony to celebrate Black History Month events and to bring awareness, there’s nothing being marketed to the masses. No shows or specials on television. Not a lot happening in schools all across Ontario. Still not in the history books. What’s really happening? Are we still only talking about what happened in the past or are we talking about today as well, and even if we are where is the media to highlight it?

Let’s see, how many shows produced by Canadians for Canadians reflect my culture? I can’t think of any. The last thing I watched on TV with more than one Black person was CBC’s Shoot the Messenger (produced by Jennifer Holness and Sudz Sutherland) which unfortunately wasn’t renewed.

What do I watch that reps me? American content and sometimes old content like the Cosby Show (yes I still watch it) and more recently A Different World, Family Matters and In the House (which BET has been playing for the past month). I appreciate these shows because there’s nothing like them being produced today. Sorry Tyler Perry, I love you, just not a huge fan of your TV shows.

Canada, we need to have a talk and I know it’s not just with the CRTC or broadcasters who need to offer some more broad offerings, but to producers and Black consumers. First, to producers, what are you creating that includes people like me? Do I matter in what you produce? Do you want someone like me in your shows? Not sure how many shows get pitched with characters like me, but if there are some, why aren’t they getting picked up?

“I’m just disappointed that Black people still aren’t really cared for in this country. We need more than just a month; we need integration.”

And to Black consumers, are you watching Canadian TV? Do you care to? Are you mad you’re not being repped? Do you wish there was more? Do you even care? And are you supporting the Black Canadian content that is being produced?

I know part of the reason Shoot the Messenger didn’t get renewed is because the viewership wasn’t there. Unfortunately, Black people still don’t support their own. We definitely need to because if we don’t we’re partly to blame. This is definitely a catch 22. If there was more Black content, would you watch? Maybe there’s less Black content because we’re not watching.

Which brings me back to February being Black History Month. There were some wins this year. The 2018 Toronto Black Film Festival took place this month. Kudos to TD Bank and Global News for supporting this festival. This month TIFF showed Unarmed Verses, a doc by Charles Officer starring a young black girl (the first Canadian documentary to ever showcase a young black girl as the lead) and the Skin We’re In by Desmond Cole and Charles Officer which premiered last year on CBC. And CBC had a Black History Month section on its website.

I’m just disappointed that Black people still aren’t really cared for in this country. We need more than just a month; we need integration. We need to be regularly included in education, government, entertainment and media. If the only time Canadians see us on TV is when we’re in the news, that’s the only story they’ll know about our community.