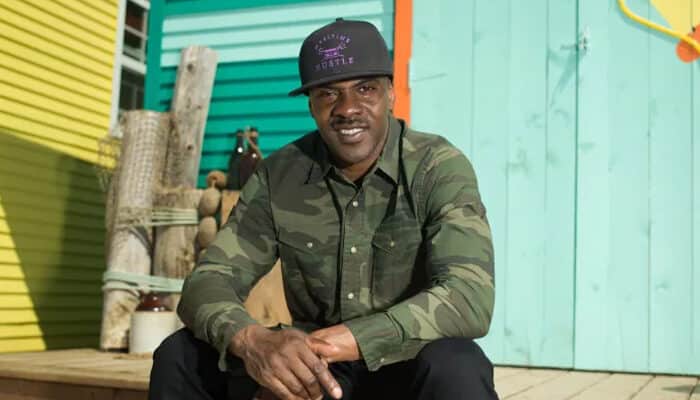 Six episodes in, Maestro Fresh Wes has brought energy and passion to season two of CBC’s Race Against The Tide.

Maestro Fresh Wes, the godfather of Canadian rap, has been busy as of late. He recently performed at the All Canadian North Stars show during OVO Fest weekend alongside fellow Canadian hip-hop legends Choclair, Saukrates, Michie Mee, and Kardinal Offishall. However, one thing that flew under our radar was Maestro taking over as the new host of CBC’s Race Against the Tide. The rap pioneer branched out into film and television many years ago with roles in shows like Metropia, Instant Star, and more recently CBC’s Mr. D. Now, he can add reality competition series host to his already lengthy and impressive resume.

Maestro, who now makes his home in New Brunswick, brings energy and personality to the show, forged by years as an onstage performer, emceeing and engaging crowds across Canada. While there’s often an overlap between the creative disciplines, Maestro helps to bring together two art forms and communities that on paper, couldn’t be more different―sand sculpting and hip-hop. In watching the show, the multi-talented Maestro demonstrates appreciation for this art form that is contagious to the viewer.

“I am so excited to be joining season two of Race Against The Tide and can’t wait for audiences to witness the amazing talent these diverse artists possess”,  he explains. “The sand sculptures they create are spectacular.”

Blurring the lines between art and sport, competitive sand sculpting is a fairly unknown and uncommon practice. Race Against the Tide aims to bring recognition to the sculptors and captivate viewers with amazing creations, all in a race before the tide comes in.

These creations are far from the sandcastles of our youth; they are abstract yet detailed pieces. As viewers learn more about these contestants’ journeys, they will quickly learn that many of the competitors come from strong sand sculpting backgrounds. Images of these impressive sculptures flash by with each introduction as it’s learned that sand sculpting has a niche, yet talented community.

The first challenge of the series is to create something that shows who each sculpting team is, proving that similar to other disciplines, this somewhat quirky art form is still about personal expression. At first glance, this show may appear to be slightly sedating, but once immersed into the beauty of these sculptures and the pressure of mother nature and time, the viewer will become absorbed in the action.

While the show is already six episodes into the season, it’s not too late to check it out. Race Against The Tide airs Sundays at 8:30pm on CBC, or watch it on demand on CBC Gem. 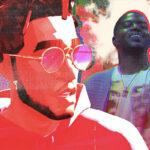