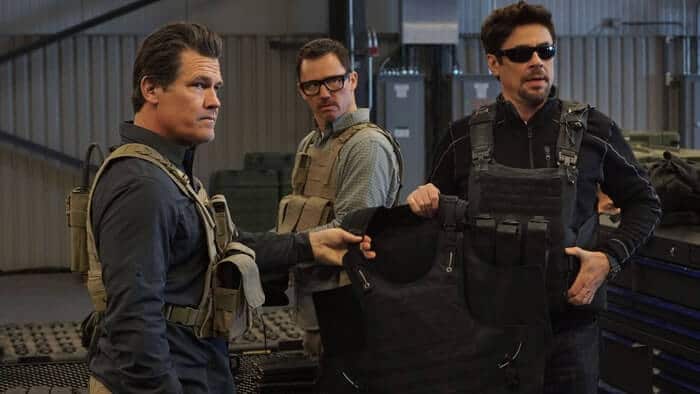 FILM REVIEW – NOT ALL SICARIOS ARE MADE EQUAL 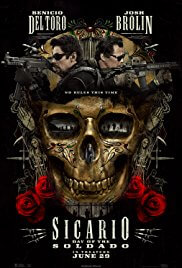 It’s been three years since Denis Villeneuve’s 2015 crime drama Sicario hit theaters. Along with screenwriter Taylor Sheridan, composer Johann Johansson, and cinematographer Roger Deakins, Villeneuve created a masterpiece that made its way into the discussion of being “one of the best films of this generation”. Villeneuve’s subtlety and powerful images drew audiences into a grim reality not too far from the world we live in today.

Villeneuve never had a sequel in mind, but Hollywood does what Hollywood does. They seize an opportunity when they see one, and now we have the less than rewarding follow-up Sicario: Day of the Soldado.

Without making this too much of a comparison piece to the original, Sicario managed to consistently build towards its conclusion. On the other hand Sicario: Day of the Soldado de-escalates as the runtime jogs on and manages to showcase how much it lacked proper behind the camera talent.

For the record, Soldado’s first act is a worthy re-introduction to the timely reality we live in. Horrifying imagery explodes across the screen and Soldado hooks us with a promising premise and seemingly worthwhile narrative. The potential was great for a worthy follow-up, and we were starting to see the thrills we anticipated, but Stefano Sollima’s direction quickly plummets. As we inch closer to the film’s second act, Soldado begins to topple due to a wobbly foundation. Where the first act promised us a high-octane war between multiple parties, all with an organic motivation to spill blood, the second and third acts lose focus of what story it wants to tell.

Early on we’re introduced to a new cinematic approach behind the lens. Longer time between edits is a warm welcome to blockbuster cinema, but Sollima manages to do nothing interesting with the story. The action scenes deliver genuine thrills and there’s breathtaking intensity scattered throughout, but the story is scatterbrained. The second and third acts lose sight of what was being set-up, and that was a riveting authoritative notion about poking the bear. There’s an obvious understanding that he wasn’t going to accomplish what the first film did, but that doesn’t excuse this director’s nightmare. Maybe this could be directed towards Taylor Sheridan’s screenwriting, but the story constantly deviates from established plot points that set up future events. You could count on nearly two hands how many times Soldado takes a road that never needed to be travelled. It’s the equivalent to taking the most visually unappealing scenic route to arrive at your destination.

With all of this being said, Soldado isn’t without glimmers of promise. Benicio Del Toro and Josh Brolin star as the two main returning characters and they both offer great performances. Their comradery and relationship build off of what has already been established, and their journey together should come together thrillingly in a third entry.

As mentioned previously, the first act promises everything a Sicario sequel should in unforgettable fashion. It’s only when we cross over into the latter half of the film that Soldado loses its way. It’s a disappointing sequel that never was intended to exist in the first place.

As the original Sicario film concluded there was a firm understanding of a beginning, middle, and end. As the sequel ends it has its sights set on what comes next and that makes the unlikely Sicario franchise fall into the same Summer trap as many other blockbuster. It’ll be interested to see how they’re going to recover from this half-alive attempt.

I give Sicario: Day of the Soldado a Bronze rating