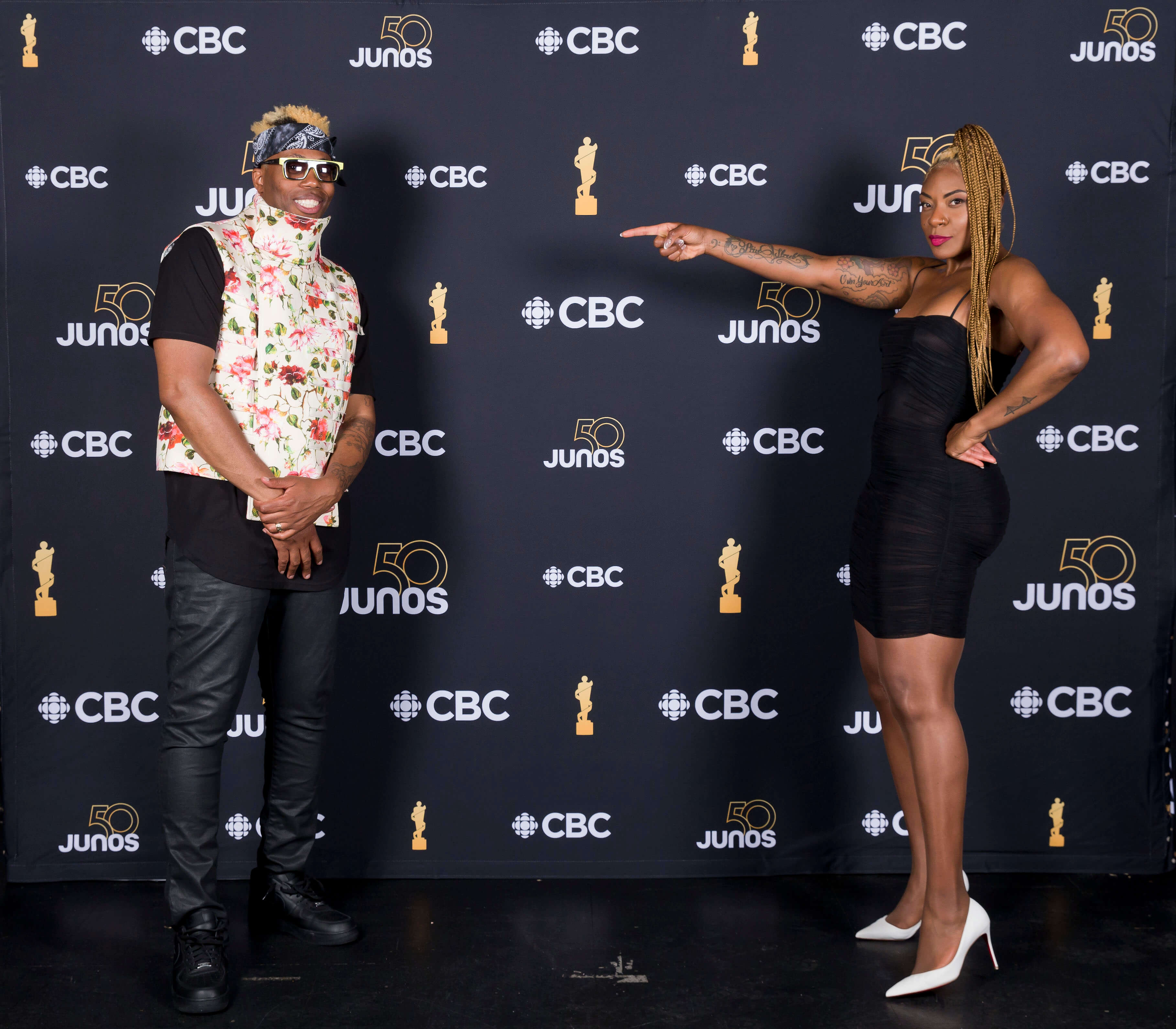 The 50th Annual JUNO Awards Broadcast. KARDINAL OFFISHALL and JULLY BLACK at The Rebel Club in Toronto, ON. Photo by: CARAS/iPhoto

This weekend, the Canadian Academy of Recording Arts and Sciences presented the 50th edition of the JUNO Awards, once again acknowledging Canadian artistic and technical achievements in music.

Jessie Reyez also made history as the Latin Canadian artist to win in the Video category since its inception in 1984 for the Emma Higgins directed video “No One’s In the Room”, as did Shawna Cain, shockingly the only Black solo female winner in the history of the Gospel/Contemporary Christian categories since inception in 1994 as Best Blues/Gospel Album. Meanwhile, Sammy Jackson made history of his own as the youngest Black winner in the history of the Vocal Jazz categories at 29 years old.

The Sunday night ceremony opened with a performance from Canada’s biggest pop superstar, Justin Bieber. Newly crowned JUNO winner, Jessie Reyez, also impressed with her classy yet sexy performance of “Do You Love Her” and “Before Love Came to Kill Us”.

One of the big winners for the night was hip-hop on a whole, a genre that didn’t always get the respect from the JUNOS. The academy attempted to make it right with a 30-year retrospective on the history of Canadian hip-hop, narrated by Kardinal Offishall, telling the story of Canadian hip-hop from the days of Maestro Fresh Wes, Michie Mee and The Dream Warriors to Northern Touch and Drake. The segment opened with a performance from the Godfather of Canadian Hip-hop, Maestro Fresh Wes, accompanied by DJ Starting from Scratch. Then Kardinal teamed up with Jully Black for a performance of “Ol’ Time Killin” before handing it off to the new generation in Rexdale rapper NAV, one of Canada’s top hip-hop acts today.

When asked why her and Kardinal Offishall have been able to have the level longevity and relevance they’ve had out of all the other acts of their generation, Jully Black told SHIFTER, “We check each other…It’s humility. When we go back to our homes we’re just Jullyann Gordon and Jason Harrow.”

Aside from shedding light on the contributions of Black artists, the JUNOS also took some time to shed light on Indigenous issues including the recent discovery of the remains of 215 children at the site of a former residential school in Kamloops.

Earlier in the weekend, the Canadian Academy of Recording Arts and Sciences announced the JUNO Awards will be returning to in-person celebrations in 2022 with its 51st edition set to be held in Toronto.

”Toronto is a diverse music city unlike any other in Canada, and has produced some of our most loved artists from global superstars to emerging talent from Toronto’s many communities,” said Allan Reid, President & CEO, CARAS/The JUNO Awards and MusiCounts. “We’re thrilled to have the opportunity to come back to Toronto, and celebrate together, in-person, for a JUNO reunion in 2022.”