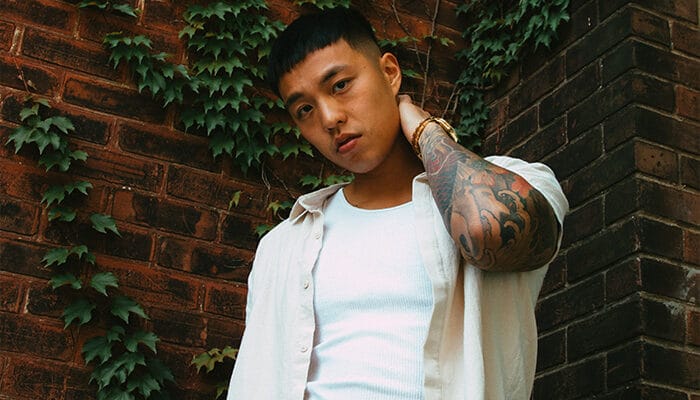 Anders drops new single Come With Me, a summer track about love and relationships, under a new deal with Warner Music Canada.

For Mississauga native, anders, it’s been a time of new beginnings. Not only is he a new father and 2022 Juno nominee, but after years as an independent artist, racking up over 300 million streams on hits like “Love No More”, “Diamonds” and “Bad Guy”, he recently signed with Warner Music Canada.

Kristen Burke, President of Warner Music Canada says of their newest signee, “I’m so excited that anders has signed with Warner Music Canada. He truly is an artist with global appeal, and we look forward to working closely with him and his team to grow his already impressive successes on the world stage.”

His first single under the new deal is “Come With Me”, a laid back summer groove about love and relationships.

“This single is a perfect debut for my new journey with Warner Music Canada. ‘Come With Me’ is a record I wrote to express the longing for love and a relationship. Trying to substitute that feeling never really yields the same results,” he explains. “I’m on a new direction sonically and I’ve secured the love and team I need to reach new heights. I have a lot in store for fans to continue this journey with me.”

The song features his signature clean and effortless vocals over a bouncy, feel-good beat that will make you want to get on the dance floor and put your arms around that special person in your life.

Anders and his new label celebrated the new partnership and single at single release party last night at Studio AM in Toronto.  The event was attended by both fans and a number of Toronto tastemakers and influencers, including Toronto Raptors forward, Chris Boucher.

Next up for anders is his first domestic headlining tour called the Summer Twenty Two Tour with supporting artists Dom Vallie and Roderick Porter. The 10-city Canadian tour kicks off on in July 8th in Hamilton, with a stop on July 23rd in Toronto, before ending on July 25th in Ottawa.

Check below for the tour date near you. Tap the header image above to check out anders’ new single “Come With Me”.