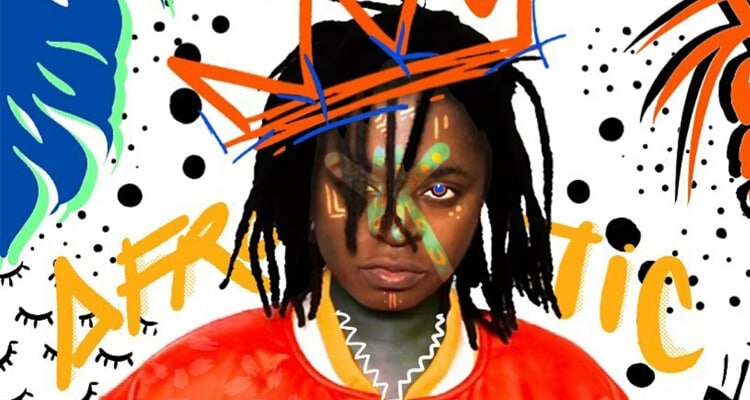 SHIFTER editor-in-chief, Kevin Bourne, recently interviewed Lykx, a self-taught DJ, producer and turntablist, and 2020 RedBull 3Style Canadian champion (the first ever female to hold the title). In this exclusive she talks about her native Montreal, being a female DJ in a male dominated industry, and of course, her big win at the 2020 RedBull 3Style Canadian championships.

KB: First off, what’s your ethnic background? Where are you from?

KB: And you’re obviously from Montreal. What neighbourhood in Montreal did you grow up in?

KB: How would you describe the music scene in Montreal?

LX: Montreal is a multi-ethnic city so it’s music scene reflects its the diversity. I love it!

KB: And the nightlife scene in Montreal?

LX: Very fun! Even on our coldest days it gets really hot in the clubs! Bars and clubs typically close at 3am so there’s plenty of time to do some hopping and damage your liver (laughs).

KB: Now are you a resident DJ at any venues in Montreal? Or are there any venues you frequently spin at?

LX: Yes, prior to COVID-19 I had few residencies. I really miss my Wednesday gang at bar St-Denis, my Friday fam at Social Bar, and Saturdays at Riverside .

KB: And how long have you been DJing?

LX: I come from a family of musicians and audiophiles so It’s hard to say. First time I put my hands on turntables (that I remember) I was 4 years old. My first “mixtape” I was 9. But, I only started calling myself a DJ in 2010 since that’s when I started charging for gigs.

KB: How would you describe your DJ style? What genres do you spin?

LX: I’m an Open-Format turntablist. I have a very eclectic taste in music so I spin a lot of different genres. I feel like there’s good in everything. The list of what I spin is very long but it ranges from (but not limited to) Funk, Hip-hop, RnB, House, Rock, Latin music…old school, new school… The only genre I don’t really play is country but then again I had some in my Thre3style set (laughs)

KB: Do you dabble in any other creative disciplines? Music producing for instance.

LX: I’m actually a producer turned DJ. I recently released an EP called AfroLykxtic. I also released a few remixes and edits that can be found on my socials /djlykx.

KB: Who were your main musical influences growing up? What made you first fall in love with music?

LX: My uncles played a big part. They were mostly all band members and played different instruments. I remember being fascinated with what they did and wanting to do what they did. After breaking a few guitar strings and spilling juice on a keyboard, my favorite uncle sat me in front of a drum set. Been in love with music ever since.

KB: What is it like being a female DJ in a pretty male dominated profession? Do you feel overlooked?

LX: James Brown said it, “This is a man’s world!” It’s definitely been rough coming up. From hearing sighs even before I start my set to being told what to play next. From prime time DJ’s turning off the venues main master during my opening set, to being told that I needed to “dress sexy like the other girl DJ’s”. From being disregarded to underpaid. It’s definitely been hard! It’s still hard. Especially being a Black woman, other factors come into play. Although I still feel overlooked, James Brown said, “This is a man’s world , but it wouldn’t be nothing, NOTHING without a woman or a girl”. I am happy that there are more of us in the industry right now. We have brought something different to the turntables which has been refreshing to see and hear. #girldjs

KB: I admit we haven’t had female DJ’s on our radar too much before. Who are some other Canadian female DJs people should know about?

LX: There are a lot of great Canadian female DJ’s out there! But If I have to pick I would go with Tara Reid, the first Canadian female Red Bull Thre3style competitor and DJ KillaJewel a great turntablist from Montreal who also competed.

KB: Speaking of RedBull, in 2020 you became the first ever female RedBull 3Style Canadian Champ. What does this accomplishment mean to you personally and do you feel it signals a change in how female DJs are seen in Canada?

LX: Hard work FINALLY paid off! Honestly, I still can’t believe I won! I wanted to prove to myself that I was good. Now that I have the validation, it feel’s great! I’m honoured to be part of the RedBull family. As you know, the game is different for female DJ’s. I can only hope that my achievement opens eyes and doors for my DJ sisters.

KB: What advice do you have for upcoming female DJ’s who may want to get to the level you’re at?

KB: You mentioned COVID-19 earlier. How have you fared during the pandemic? Has it been hard on you mentally and emotionally? How have you kept busy?

LX: As an introvert, my life hasn’t changed much aside from my weekly gigs and family time. Though focusing is a challenge, I take time to practice and create on a daily. The pandemic hit a few days after I came back from the RedBull 3Style competition in Vancouver. I’ve been confined since March 2020. Going to the grocery store is my most “thrilling” outing. Jokes aside, it’s been an eventful year. This period has definitely tough mentally and emotionally. I really thought that this pandemic would’ve been under control by now…I never thought that people would come together worldwide and march for Black lives in my lifetime. The crazy world we live in!

For more information about Lykx follow her on all social media and streaming platforms.