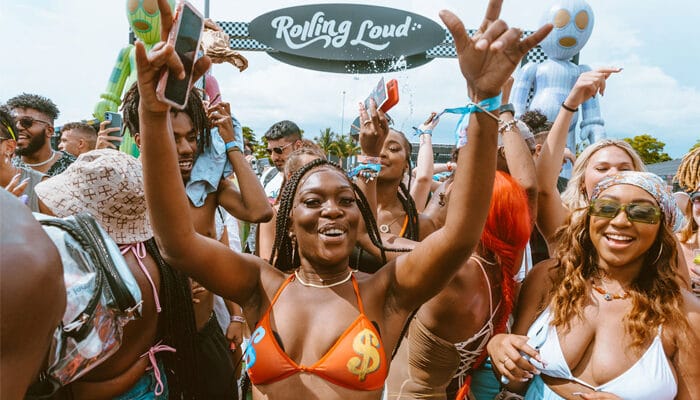 Rolling Loud has the internet buzzing recently announcing it is coming to Canada for the first time. Here’s all your Rolling Loud Toronto lineup and ticket info.

Founded just seven years ago by music promoters Matt Zingler and Tariq Cherif with the mission to build thee stage for hip hop around the world, Rolling Loud has indeed delivered become the biggest hip-hop festival in the world. This year their ongoing quest for global domination brings them to Canada for the first time.

The internet is buzzing with the announcement that Rolling Loud is coming to Toronto for the vert first time, from September 9th to 11th at Ontario Place. Of course, there are big names like Lil Uzi Vert, Migos, Roddy Ricch, Trippie Redd, Lil Yachty, and A Boogie Wit Da Hoodie. There’s some UK representation in Skepta, Central Cee, and AJ Tracey―a testament to the growing popularity and influence of the UK music scene. 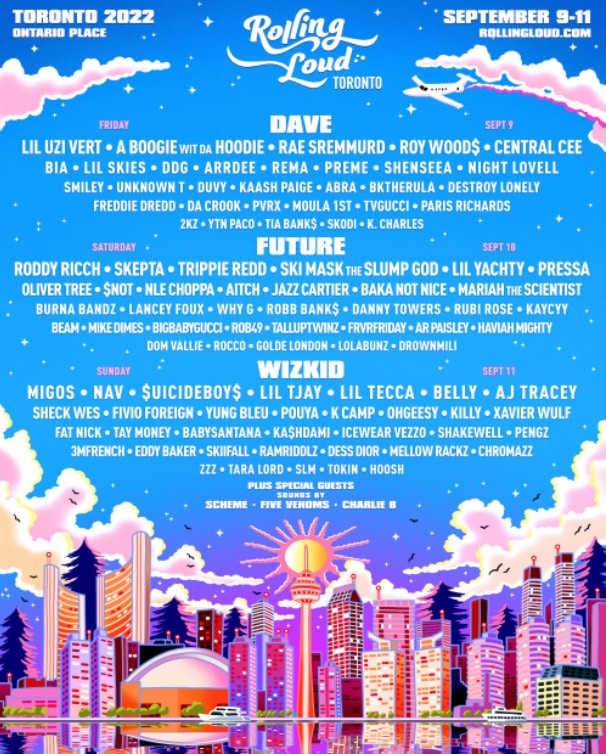 The three-day stop is a nod to the increased visibility and popularity of Canadian hip-hop in recent years with the rise of OVO, XO and other artists who have moved to the U.S. in hopes of making it south of the border.

Aside from Canada, Rolling Loud will visit three other countries―Portugal, The Netherlands and the United States.