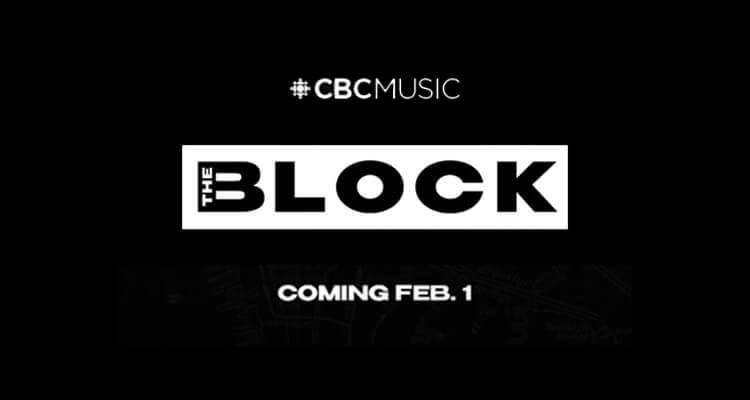 CBC Music is setting off Black History Month with the creation of two new national radio shows focused on the discovery of Black and global music.

Being called “Canada’s new home for Black music”, THE BLOCK, hosted by Angeline Tetteh-Wayoe, will play everything from Hip-hop to Soca and Reggaeton five nights a week beginning February 1st. The two-hour radio show will air Monday to Friday, from 7 – 9 pm on CBC Music and CBC Listen.

“The Block is home. A place of belonging. It’s community and familiarity. It is a reflection of the depth and breadth of Black cultural contributions and innovations in music,” says Angeline Tetteh-Wayoe, host of THE BLOCK. “I am so thrilled to be providing a platform to elevate the immense pool of talent in this country that has been largely ignored by traditional terrestrial commercial Radio. Hip Hop saved my life but I have been left gasping for something on the air that represented people who looked like me. With this show we can finally breathe.”

Then on Tuesday, February 2, CBC Music will be premiering their weekly global music show FREQUENCIES hosted by Errol Nazareth. The show will highlight musical storytelling from cultures and communities across Canada that are not always reflected in mainstream media. Listeners will hear music from Canada and around the globe, brought to life with the voices of the artists behind the music. The show will air on Tuesday evenings at 6 pm on CBC Music and CBC Listen.

“I’ve been championing the music emerging from Toronto’s various ethnic communities – as well as music from around the globe – ever since I began writing professionally and working for CBC Radio 15 years back,” says Errol Nazareth, host of FREQUENCIES. “I love discovering new sounds and sharing them – and the stories behind them – with listeners. To have the opportunity to do this on a national level is, quite honestly, a dream come true.”

The new programs come after a national conversation arose in 2020 about the need for more platforms for Black artists and the need to serve Black communities. Through the new shows, CBC Music aims to better reflect more diverse communities across Canada.