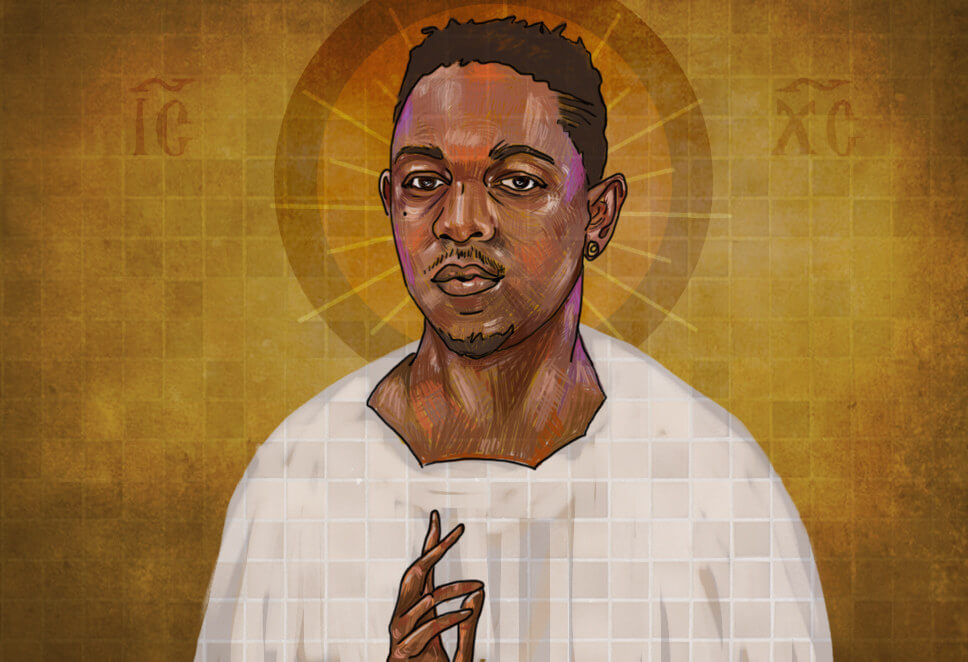 THE RADICAL CHRISTIANITY OF KENDRICK LAMAR

This week BuzzFeed Deputy Music Editor Reggie Ugwu wrote an article about the faith that inspires Compton rapper Kendrick Lamar. It gives us some insight into the mind of one of the world’s hottest recording artists (used with permission from the author).

Save for the reliably blasphemous Kanye West, no rapper established in the upper echelons of popular music is more vocal about his personal religious beliefs than Lamar. Though he has never neatly fit the description of what would usually be termed “Christian hip-hop,” Lamar has often seasoned somber soliloquies of navigating the gang culture that birthed him with Christian themes of good and evil, as well as the redemptive power of Jesus Christ. Since the release of his platinum-selling, Grammy-nominated major-label debut Good Kid, m.A.A.d City in 2012, and a reported baptism while supporting West’s Yeezus tour in 2013, the centrality of Christianity to Lamar’s worldview has only grown more obvious.

In a recent Billboard interview, Lamar credited favoritism from God for his deliverance from the gravitational pull of crime in his neighborhood, and then casually declared his belief that the apocalypse is near. “We’re in the last days, man — I truly in my heart believe that,” he said. “It’s written.”

Speaking to Complex last year, he revealed his conviction that his career is divinely inspired. “I got a greater purpose,” Lamar said. “God put something in my heart to get across and that’s what I’m going to focus on, using my voice as an instrument and doing what needs to be done.”

In a later interview with Houston’s 93.7 The Beat, Lamar extended that sense of purpose to all of humankind: “We’re all put on this earth to walk in His image, the Master,” he argued.