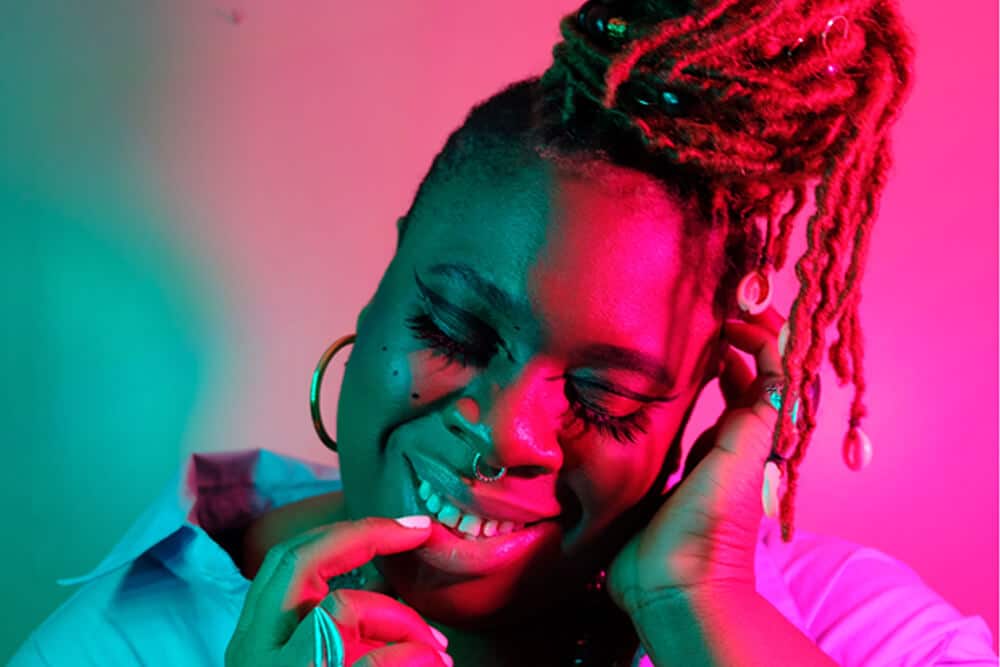 Toronto native TiKA recently released “Sideways”, the first single off her highly anticipated debut alum Anywhere But Here, set to be released February 26th. The now Montreal-based songwriter, film composer, model and curator, took a moment of pain and insecurity and channeled it into her latest release.

“‘Sideways’ was cultivated from a vulnerable place of immense pain when I was feeling a great deal of shame for making a mistake with a friend. I didn’t know what to do because I felt that I had ruined the relationship to the point of not turning back. It made me feel unbalanced and insecure”, she says of her new single. “At the intersections of the pivotal and life-changing moments that we face, we can feel unsteady. Uncertain for the future. The one thing that I could always count on to hold me was music and freedom. Music to guide my steps, freedom in the reality that I was indeed human and flawed. Despite the remorse, I was encouraged by the fact that there may be room in every heart for reconciliation and redemption.”

Set to be released by Outside Music Group subsidiary Next Door Records, Anywhere But Here will include “ethereal sounds that wrap around you, reminding you of other memories”, as well as production from Casey MQ, a duet with R&B artist Desiire, and some Caribbean vibes inspired by her Jamaican roots.

The debut album comes after a string of major wins for the eclectic artist, including opening for John Legend, appearances at SXSW, NXNE and the Red Bull Music Festival, appearing in Sephora campaigns, and a stint as a promoter, introducing audiences to future stars like Daniel Caeser, Jessie Reyez, Haviah Mighty and many more.

The lead single “Sideways” is available now on all major streaming platforms.