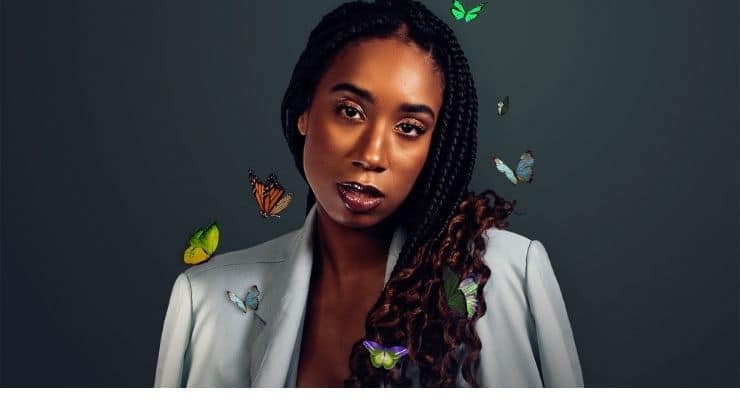 TÖME NEW ALBUM CELEBRATES THE TRIUMPH OF LOVE OVER VANITY

JUNO award-winning R&B and Afro-Pop artist TÖME released her highly anticipated album LOV (Love Over Vanity). The upbeat album lures you into a journey about a woman who is craving for a heart-throbbing relationship. Drench with tropical beats throughout the album, TÖME may have another award-winning project in her mist.

The feel-good album is engulfed with Amapiano beats, bouncing bass and soulful melodies. Showcasing TÖME vocal range while also embracing the simple lyrism, this album will have you swaying. The instrumental-driven project is produced in collaboration with Shizzi, LT Moe, Michelin Shin and Grammy award-nominated Legendury Beatz. Many of producers, have worked with A-listed artists such as Beyonce, Justin Bieber and Rick Ross. Although this project reflects an elevated version of her artistry, the sound sonically still reflects her traditional compositions heard in “Free,” which has over 1 million views on YouTube.

Known for touring with Mr.Eazi and sharing the stage with Wizkid and Burna Boy, LOV along with a few singles including “I Pray” featuring Sean Kingston have set her a part. Since the announcement of her project, The Nigerian French-Canadian has been working diligently on growing her international audience. Traveling to Atlanta, Nigeria and across eastern-Canada to draw inspiration and to perform, her work ethic and intentionality behind this project is well encapsulate throughout the project.

Friday, the actress and songwriter also released a music video for the single “Wait.” Enthused with energy, music video showcases African dance moves including the chorography from the #waitchallenge. “Wait,” brings to light to the zest people have been receiving from the track.

As TÖME continues to take pride in her African roots, she notes that although she has received a lot of success thus far, this is only the beginning.

LOV is currently available on all streaming platforms