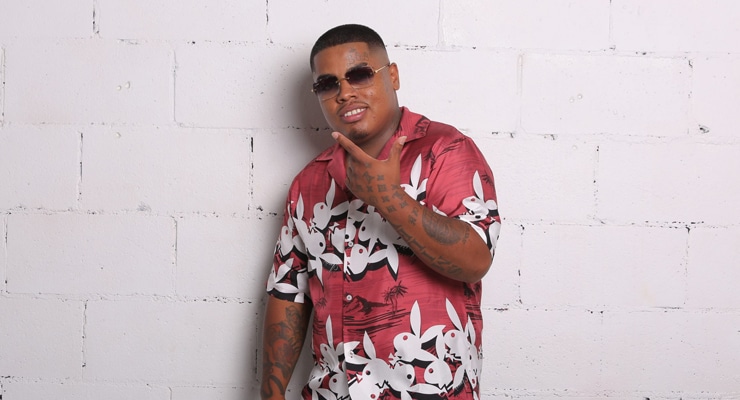 Last night at midnight, Toronto rapper Smiley dropped his highly anticipated album Buy Or Bye 2 and it was well worth the wait. The 15-track project includes previous hit singles “In My Zone”, “Moving Different” and “Breakdown”, and of course the mega smash “Over The Top” featuring OVO Sound boss Drake.

The album, a follow up his 2018 release Buy Or Bye, opens with the laid back and piano heavy “When I Die” where he continues the braggadocious flex we’ve heard on recent singles, as he lists all the people that fuck with him, from 6ixbuzz and Drake to his opps.

While he continues that trend on the project, he also gets vulnerable, giving us an open look into his life and feeling on “Streets”.

There are two things that stand out on the project. First, Smiley’s beat selection. He always had an ear for great beats and he carries that into his album. On tracks like “Ghetto”, “How Can I Miss” and “Made It” we get an assortment of instruments, from flutes and horns to guitars. The production and instrumentation are on point and reinforce Smiley’s unique, signature sound.

The second thing that stands out is the Toronto representation on the album. One of the knocks on the Toronto hip-hop scene is that rappers don’t collaborate enough because of street politics. Aside from Drake, Pressa features on the Tay Keith-produced “38”, a hard driving bop and one of the standout tracks on the album. Smiley and Pressa were seen hanging out together in L.A. on social media so it was only a matter of time before we got a collab from the two. We’ve seen Pressa on a few laid back tracks like “Attachments”, but he shines on this uptempo offering. This has to be one of the best Pressa features we’ve ever heard. Meanwhile, Duvy closes out the album featuring on the equally music video worthy “Topic”. As a closer, the song leaves you wanting more and feeling like the album isn’t done.

Rounding out the features on the album are Golde London on “Venice Beach”, OhGeesy on “How Can I Miss”, and Yung Bleu on “Beat It”, which arguably competes with “38” for the best track on the album.

Overall, Smiley successfully flips the mirror towards his haters and shows that he has what it takes to have longevity in the game.