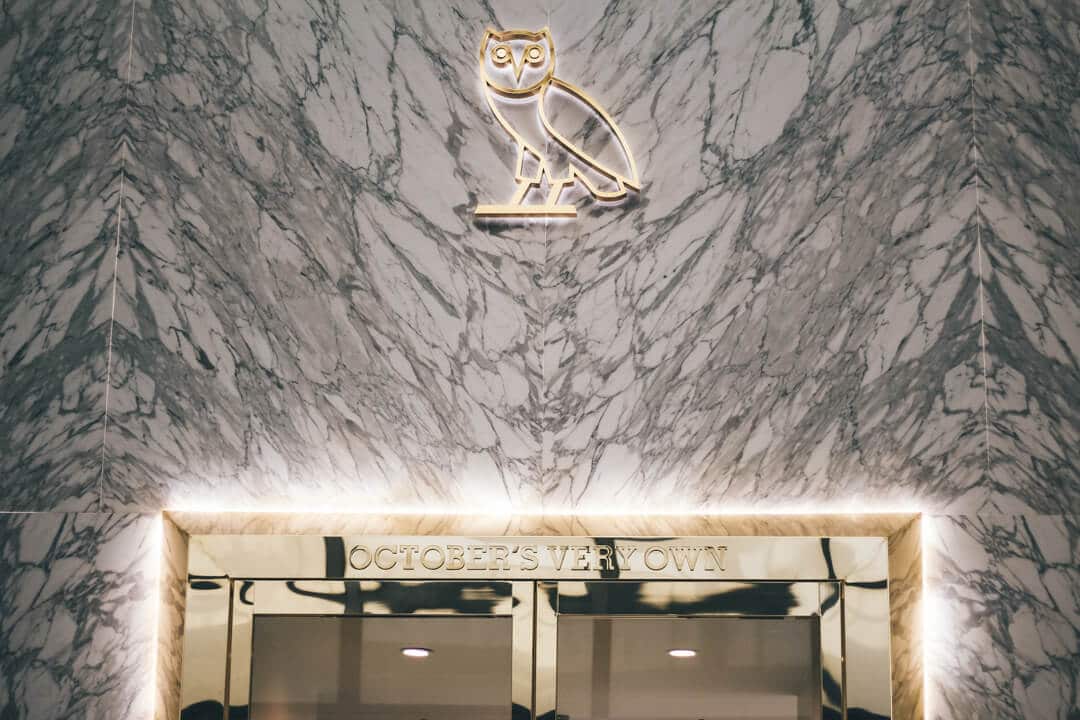 October’s Very Own now has a second home in the 6ix.

This past weekend Drake’s famed OVO brand debuted its second Toronto flagship store, opening its doors to a large group of dedicated shoppers in the Yorkdale Shopping Centre.

The latest store’s attention to luxury design and immaculate detail is consistent to the description of OVO being a premium brand. It features their signature white aesthetic similar to the other OVO flagship locations, with a lot more marble and gold accents. Located at Yorkdale, Canada’s most luxurious and productive shopping centre, this is hands down OVO’s most luxurious store yet.

Drake and OVO owned the city this long weekend. The timing of the opening was partnered with OVOFEST (also known as Drake Fest, now in it’s eighth year), which also started this past weekend, as well as the annual OVO Bounce basketball tournament.

Fans from all over the city arrived as early as 4:30am Saturday morning to line up and be among the first to enter the city’s newest OVO store, and get their hands on some collector items.

In true OVO fashion, Drake released a music video style promo earlier in the week to get some buzz going for the store’s grand opening. It features Drake head to toe in white with a bunch of OVO affiliates taking over Yorkdale, as well as shots of the city he loves.

Click on the image gallery at the top of this article for photos of the August 5th  OVO store opening.