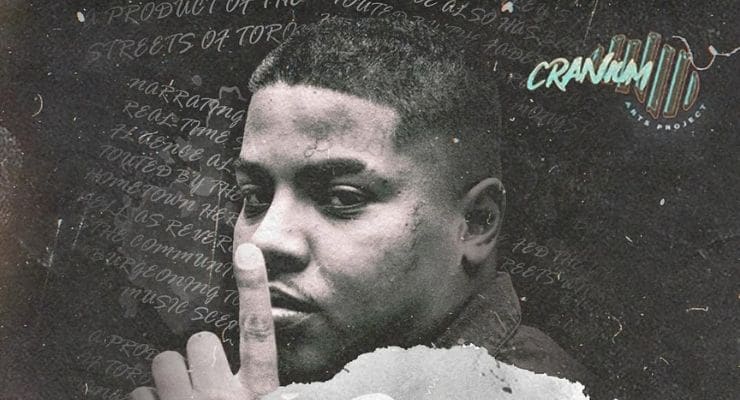 PREVIEW – TORONTO RAPPER SMILEY TO PERFORM THIS FRIDAY IN OTTAWA

Smiley is a rising star from Toronto who is now internationally known after global superstar Drake, shared a video featuring one of Smiley’s songs. Smiley is now signed to Drake’s label, “OVO Sound”, which has helped grow his popularity significantly.

Smiley also released a track with Drake called “Over the Top”, this past summer which is now sitting at 5 Million views on YouTube.

Shifter Magazine also teamed up with Cranium Arts Project and launched a ticket giveaway for the event. The winner, which involved @CANADAOVO6ZONE, was announced Monday December 13th.

Cranium Arts Project provides a platform for emerging artists to perform, pursue their artistic aspirations and help them build a fan base. The hip-hop concert will be taking place at Brass Monkey located at 250 Greenbank Rd in Nepean, this Friday December 17th from 7:30 pm to 11 pm.

A number of emerging artists from Ottawa will be opening the show from the likes of Eazy Finesse, Christos Greek, Lindasson and TGE Truth with The Grey Era, who are from Montreal.

Eazy Finesse is an up and coming artist who has gained a lot of popularity due to her incredible performances, like at the Cranium Festival, and the We Outside Tour sponsored by the Cranium Arts Project.

TGE Truth and Christos Greek were also featured on the We Outside Tour, where they each individually performed in Kingston, Ontario and Montreal, Quebec.

Lindasson is an Ottawa based artist who has released a hit song with Night Lovell, an internationally known artist from Ottawa.

Hosted by Ya Favourite Lightskin, a former host at CHUO 89.1 FM and the founder of Cranium Arts Project, the talented DJ The Kid Gorgeous will be providing music for the show  who also works for Jump 106.9fm.

Proof of vaccination to enter is required and you can grab your tickets online here.