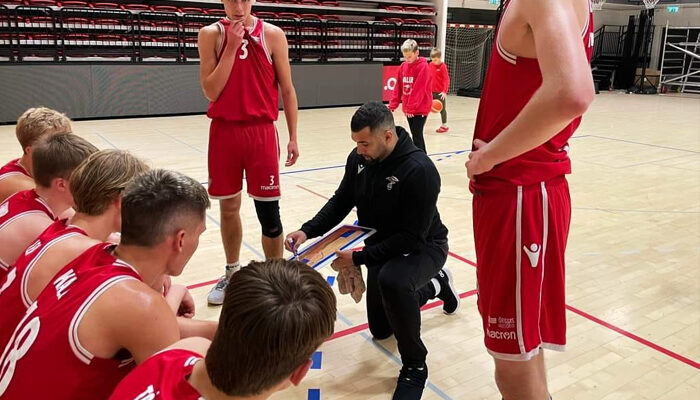 “People On The Move” takes a look at people moving on to new and exciting roles in our community and culture. Today, Ottawa-based Global Basketball Trainer and Coach, Jamil Abiad, is on the move taking on new coaching roles in Reykjavík, Iceland.

Long-time Ottawa-based basketball coach and trainer, Jamil Abiad, recently took to social media to announce the next phase in his career.

“I have been keeping this a secret for awhile but the time has finally arrived. I am super excited to announce that I will be heading to Iceland for the next few months to be part of the Valur Körfubolti basketball club”, he said. “I have been appointed the Head Coach of the U18 & U21 team and the Assistant Coach of their Senior Pro team as well at the Technical Director & Skills Development Coach. I am super grateful for this opportunity and cant wait to meet everyone. A big thank you to all my family & friends who continue to support me along my journey. Love you guys. Iceland here I come”.

He recently secured his first win in Iceland, 101-80 against the top team in the league.

Abiad’s road to Iceland was paved with an impressive resume. He spent five years at Bishops University before spending a few years playing professionally overseas.

“After playing my last season I decided it was time to put up the sneakers and help someone else reach their dreams!”

He has picked up a lot over the years, learning from NBA players, NBA and professional coaches, and top trainers alike. He has even trained players who have gone off to play NCAA, U Sports, CCAA and professionally. He is also the founder and head coach of the Team Believe U17 and U19 basketball programs in his home city of Ottawa. He also continues his role as Player Development Coach with the CEBL’s Ottawa Blackjacks, currently in their offseason.

When he’s not on the court, he divides his time as a entrepreneur, motivational speaker and Under Armor Canada Ambassador, but coaching and training the next generation of basketball players is his bread and butter.

“I have developed my own unique training methods, all aimed at syncing the body and mind in preparation for competing against the best. I believe that a rigorous training system not only develops physical strength but also the mental stamina required to compete at the highest levels of the game. I am constantly reading and learning to keep up with the latest training techniques and methodologies, and consistently push my athletes to the limit.”