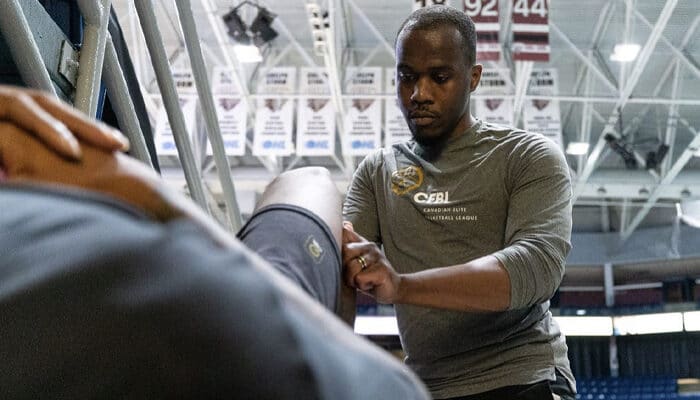 SHIFTER’s new “People On The Move” feature takes a look at people moving on to new and exciting roles in our community and culture. Today, Kevin Wilson, a staple in Toronto and Canada’s youth basketball landscape is “on the move” in his new role with the Oklahoma City Thunder.

For Wilson, his new role in the NBA is a dream come true.

“It’s a surreal feeling that I can’t really put into words”, he told SHIFTER. “Without God and His grace in my life, I wouldn’t be anywhere near where I am today. My goal now is to be the best that I can be in this role and to inspire as many youth as possible through my program (National Basketball Youth Mentorship Program) across Canada and the UK. I want them to see that childhood dreams can come true; regardless of how big or impossible they may seem.”

Wilson was a standout player during his five years at Ajax High School before completing his undergraduate degree in Kinesiology at Brock University and a diploma in Fitness and Health Promotion at Fleming College. He played on the varsity teams at both school. He went on to complete his master’s degree in physiotherapy at Glasgow Caledonian University in Scotland. In 2021, he spent time as the Performance Therapist & Assistant Strength and Conditioning Coach for CEBL’s Guelph Nighthawks. He is currently completing his doctorate in physical therapy at The College of St. Scholastica.