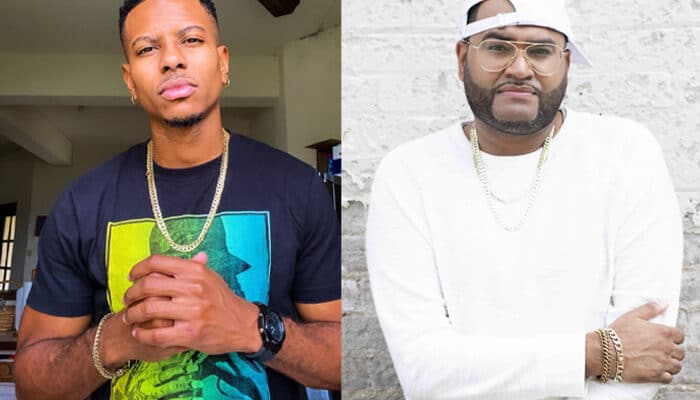 SHIFTER’s new “People On The Move” feature takes a look at people moving on to new and exciting roles in our community and culture. Today, DJ Puffy and Ricochet are “on the move”.

“Today is the day! From Today you can catch me on your radio in Toronto, Monday to Friday, 5pm to 6pm. Feels good to be a part of the Vibe 105 family. Toronto let’s gooo!!!”

DJ Puffy brings an impressive resume to the Toronto airwaves, including his big win at the 2016 Red Bull Music 3Style World DJ Championships.

Fortunately, this wasn’t the only big announcement for the station. Today, it was also announced that long-time Toronto radio DJ, Ricochet, will be joining the station, reuniting with his former Flow 93.5 friend and colleague, and current Vibe 105 program director, Paul “Mastermind” Parhar. In a recent Clubhouse event hosted by SHIFTER, Ricochet hinted the popular Made In Toronto Takeover would eventually find a new home. Well, today we know that home is Vibe 105.

“A show that I created in 2017 and curated for three years, to showcase and promote the music and artists this great city has to offer, is back! The Made In Toronto Takeover is now exclusively on Vibe 105 and my brother Ricochet is officially joining the Vibe 105 family to host it!!!”

Ricochet also took to IG to share his excitement.

“Over the past month or so I’ve been asked multiple times if I will be making a return to radio. It was a tough choice, as the main reason I got into radio was to push the culture forward and to showcase the talent coming out of our city. With that being said, the only place I felt that would allow me to do that was Vibe 105…I’m excited for this new opportunity and hope you will all be tuning in to see what we got in store!”

Ricochet will be on the air from Monday to Friday from 2pm to 7pm starting Monday, April 4th and the Made In Toronto Takeover will air Sunday to Friday at 6pm, both online and on the Vibe 105 app.

These moves come during a time of major change in Toronto’s urban radio landscape.

Back in March 2020, Mastermind and Flow 93.5 parted ways when the station decided to syndicate the popular New York morning radio show The Breakfast Club, sparking controversy among listeners. More recently, the Stingray owned Flow 93.5 decided to once again change formats and rebrand to Today Radio with G98.7 purchasing the Flow brand to become Flow 98.7, once again sparking controversy among some in the Black community.

With the leadership of general manager, Randy Reid, and Mastermind, and these latest additions to the team, Vibe 105 may very well become the urban station Toronto always wanted and needed.