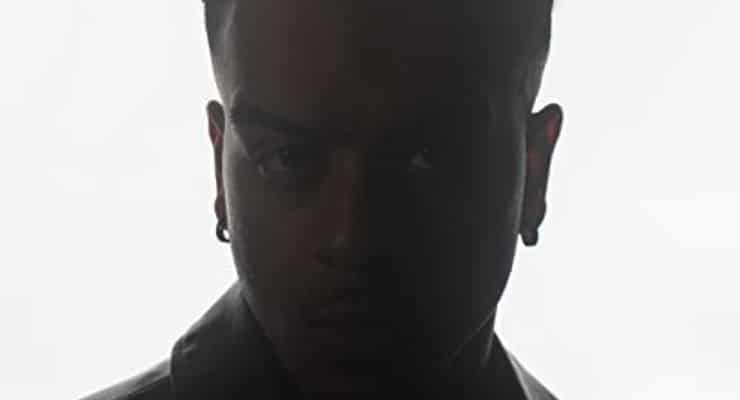 Sage Harris releases new EP “Figure it Out”. On the day of release, the EP racked up more than 1.5 million streams.

Sage Harris has got his foot on all of our necks once again with the release of latest EP, Figure it Out. On the day of release, the EP racked up more than 1.5 million streams which Harris stated “is a milestone for him and his team”. If anyone is showing us that passion, belief and drive is more than enough to accomplish your goals, it’s Sage Harris and his team because the consistency is remarkable. Figure it Out is an ode to all those who are maneuvering life, all while still following their dreams. This is definitely not an easy task, but Harris is showing us that it is indeed possible.

The Toronto native has been building his fan base from the ground up, with his team at Saturday Life Records.

“Honestly, I was kind of overwhelmed when I went to the release party”, he recalls. “When I looked up and saw that many people there to support me, I almost forgot what it felt like because it’s been a while since I’ve been around that many people. Being an independent artist, the hardest thing is clearing records, getting in touch with producers and getting features. I worked so hard on this project, so I’m honestly just super grateful”.

Very aware of how the music industry can throw unexpected curveballs and test your sense of self, the artist described his thought process while creating his EP stating, “The whole entire process was just me figuring it out. That’s why we called the EP Figure it Out. There was no game plan, no crazy marketing strategy, it was always just me putting my best foot forward and hoping that one day I land my foot on a step that I need to open a door. I feel like we’re at that point right now”.

Good music means many things to many people. But for Sage Harris, “GOOD” music simply means being able to adapt.

“Versatility. That’s what good music means to me. I have ADD, like, I can’t sit still. I’m not really a bland kind of person when it comes to branching out into differently styles. I’m very picky with my beats, and that’s why I feel like my songs come out so great because I spend time with my beats. I get a lot of different sounds sent to me, and because I’m an RnB artist, producers think I only want RnB beats. Like, no, send me an unexpected beat! I’m not afraid to try.”

Sage Harris’s new EP is, hands-down, a piece of art. It’s also a reminder that everything is a process. If you believe in yourself enough, you will figure it out.

“Piece by piece, the project came together. I wanted it to be a beacon to people figuring it out. Don’t let structure put you in a box”.

When asked if there was anything that he could have done differently, Harris simply stated, “Nope”.

Sage Harris’s brand new EP, Figure it Out, is out and available on all streaming platforms.