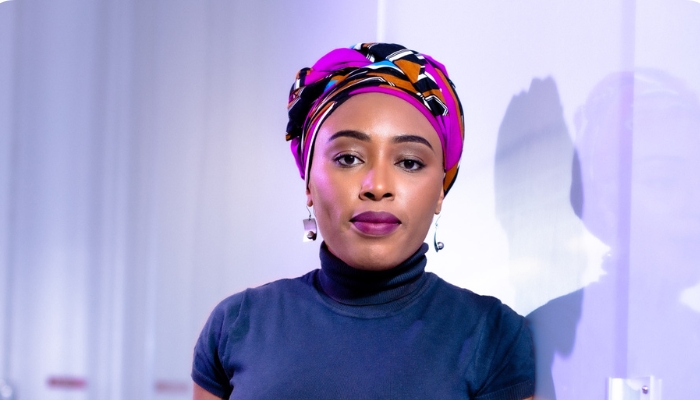 PROFILE – HOW GLENDON’S DR. ROSE NDENGUE IS FIGHTING FOR AN EQUITABLE PLACE IN SOCIETY FOR BLACK WOMEN

Through her courses, Glendon College professor, Dr. Rose Ndengue, is fighting for an equitable place in society for Black women.

For Dr. Rose Ndengue, her road to joining the Department of History at York University’s Glendon Campus as an assistant professor in 2021 had its challenges. At just 15 years old she left her native Cameroon for France where she would spend 23 years of her life.

There she earned a master’s degree in political sociology from the Institut d’études politiques de Lyon and a PhD in African history from the Université Paris Diderot.

After feeling targeted in a global context where critical race theory, postcolonial studies, gender studies attracted harsh criticism from French authorities, media, and some white French scholars, she thought it was best to leave the country and decided to move to Canada.

“My research is more valorized here than in France, where critical perspectives like postcolonial and decolonial studies, feminist, gender and sexuality studies, and critical race theory are targeted as ideologies which threaten the nation”, she told SHIFTER in a recent interview. “In Canada, even if one cannot say that those perspectives are mainstream or always welcomed, few spaces have been created in academia recently, thanks to the mobilization of Black and Indigenous scholars and communities.”

Today, her classes at Glendon focus on Black feminisms, African and postcolonial studies, and social movements, all of which are major themes of her work as a researcher and an Afrofeminist. As a historian and socio-politician, developing a suite of courses on Africana studies at Glendon was politically significant for her since in the Global North/West few French classes and limited academic articles are published in French on these critical perspectives.

“The importance of bringing those areas in teaching lies on the necessity to decolonize knowledge, by decentering it from white androcentric dominant knowledge. These areas enable students to develop critical thinking by centering on the margins, and to get an overview of the complex geographies of these margins.”

Ndengue considers it a gift that she can teach these perspectives in English and in French to students from a diverse ethnic, geographic, and sociocultural background, particularly those from the African diaspora.

She also recognizes that it’s necessary for the stories of Black women to be taught so that transformative academia can be achieved. It is her view that as Indigenous women, Black women are the only group who is fighting injustice with a global perspective, rather than just for themselves or their own benefit, as seen in Africa, Europe, and North America.

“If we really want to have transformative academia, we need to centre our teaching on these stories of marginalized women. These stories will teach us what happened and what we can do to build a better society. This is why women’s history, especially Black women’s history, is so important to be taught in university.”

By teaching their stories, Black women can be included as actors in nation-building and in the history of the global fight for liberation.

“This also enables us to give Black women a more equitable place in society. This is really important because more and more Black women are going to university, so they need to learn their story. We need to teach them about their story. They need to be seen, to be heard, and learn from the experience of others. Women in general, especially Black and Indigenous women, have been obliged to fight in an intersectional way because they couldn’t fight just for themselves.”

For Ndengue, Glendon is a great choice for students planning on going to university due to its multilingual environment and small class sizes. She encourages incoming students not to be afraid to think outside of the box because Glendon offers the opportunity to personalize a degree suited to their interests.

In the future, she hopes more Black and Indigenous scholars of critical perspectives will be hired to help enhance critical thinking in the classrooms and at the university.

“It’s the only way to really start decolonizing the institution, by practicing strong anti-racism/EDI (Equity, Diversity & Inclusion) politics, instead of the performative way of using these notions.”