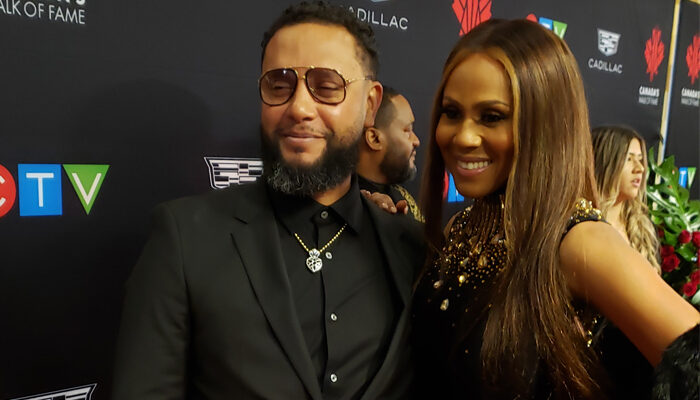 Hundreds gathered in Toronto for the 2022 Canada’s Walk of Fame. Honourees include Deborah Cox, Director X, and more.

More than 700 guests gathered at the Beanfield Centre at Exhibition Place tonight to honour the latest inductees into Canada’s Walk of Fame. Among them were R&B legend Deborah Cox, director, filmmaker Director X, and She-Hulk: Attorney at Law star Tatiana Maslany. On hand to present to Cox were international record producers Jimmy Jam and Terry Lewis. American filmmaker Joel Silver was in attendance to present to Director X.

The festivities included red carpet arrivals, presented by Cadillac, ahead of a night of tributes and performances. A number of 2021 honourees were in attendance, including a tearful Jully Black, who was surprised with her plaque.

* Honourees are not inducted

Bob Banting and Melinda Best, attending on behalf of Frederick Banting and Charles Best – researchers who discovered insulin over 100 years ago along with 2021 Inductees John Macleod, and James Collip (Science, Technology and Innovation)