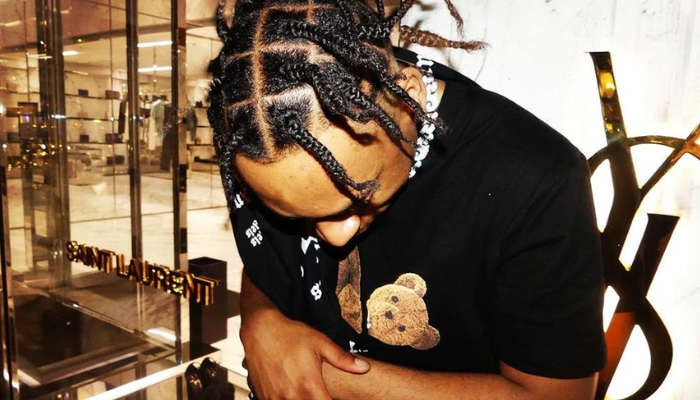 Ak-Slim debuts ‘Relentless’, a masterful trap-RnB EP which testifies to his consistency in the music game.

Dedication and consistency are vital when it comes to the music industry, sometimes to the point where those very skills outweigh talent. These values and actions are the backbone of a musician’s career and can act as a lifeline when points of their career get rough. A prime example of this gritty hustle is Ak-Slim.

During the summer, he struck the Canadian scene with his release “Did It Myself”. This release was a collaboration with Jaioftherise and CapCityHipHop. AK-Slim launched himself from that successful track to an entire EP within the span of a few months. “Relentless” is his debut EP. It’s shocking to believe this is only his first project given the attention he has received on social media and in his community.

Consisting of eight tracks, “Relentless” is a fusion of Trap and RnB. Produced by Dexxx out of Calgary, Alberta and Diceplay out of Montreal, QC. This EP was truly made Canada-wide with it being recorded in Vancouver BC/Calgary AB and mixed and mastered by Quintana Mills and TroubleADX. Furthermore, it includes features from fellow Calgarian Hip-Hop artists CLOUDE on the track ‘’Yung Safi’’ and a feature from Producer/Rapper Dexxx on the track ‘’Big Body’’.

The meaning behind the name “Relentless” was found through AK-Slim’s introspection. Through this, the word “Relentless” blossomed and he felt it was a key theme in his life. From his upbringing to being behind bars, dealing with depression, anxiety, trauma and still releasing music, he is relentless no matter what obstacles he may face in life.

Despite this being AK-SLim’s first EP, it has skyrocketed to #1 on Canadian Hip-Hop charts. This must be relentlessness finally paying off.