THE RELATIONSHIP BETWEEN FASHION AND BASKETBALL 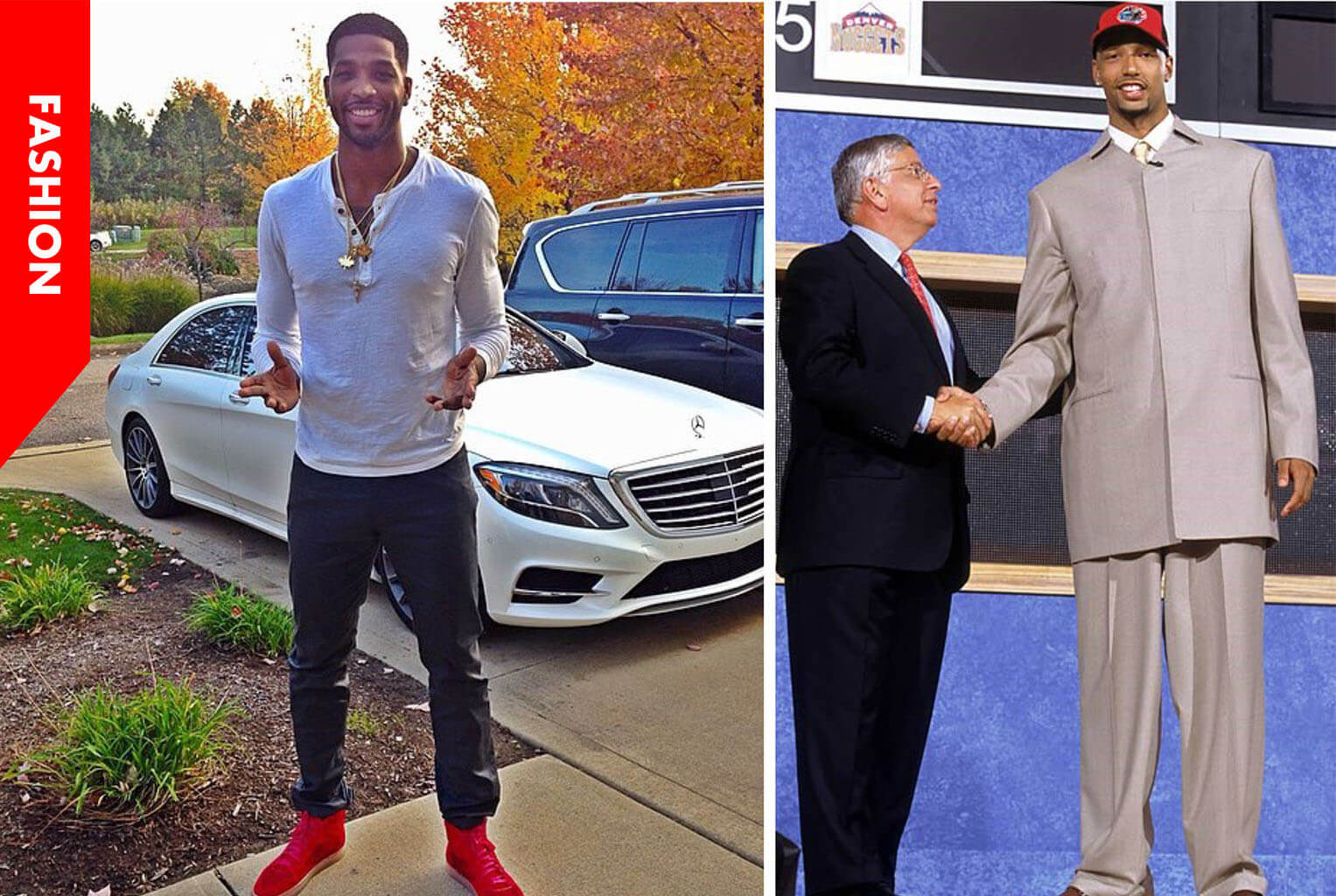 Basketball’s unrivaled relationship with fashion through the years

Out of all the sports, there is none that influences and is more influenced by fashion than basketball. From the suit and tie 80’s and 90’s to the more hip hop inspired late 90’s and early 2000’s to the current era of high fashion, over the past few decades the NBA has been a good reflection of the times. But why does the NBA have this intimate relationship with fashion that can’t be rivaled by the other Big 4 professional sports leagues? My personal belief is that it comes down to ethnicity and social class. Going back to the 60’s and 70’s, African Americans have increasingly valued expressing themselves through their physical appearance. Afros and dashikis were a way of rebelling against the previous trend of pressing ones’ hair and mimicking the dress of white America. It was their way of accepting who they were naturally. This style was made popular in the NBA by players like Dr. J. In this era furs were also made popular.

The 90’s were influenced by the Fresh Prince of Belair and Arrested Development. Cameos, very loud, colourful hats and shirts buttoned all the way up to the neck, and those ridiculous sunglasses with the circular lenses that you can flip up. During this time we also saw the oversized “Black southern preacher”, Philip Banks power suit style that seeped into the early 2000’s.

The early 2000’s also marked the hip hop era of NBA fashion with Allen Iverson and Jermain O’Neal who would make braids, do-rags, tattoos, long chains, and baggy clothing popular. Iverson can easily be seen as the catalyst for NBA tattoo culture that endures until today.

Today the basketball shoes, also known as kicks, has become a multi-billion dollar industry. The U.S. athletic footwear market is a $53.7 billion industry with basketball shoes making up 24% of the market. Basketball shoes are the fastest growing segment of the athletic footwear industry and they have the highest margins. Throughout the 90’s until today it has been the in thing to have a shoe which has provided NBA players with an additional revenue source outside of what they do on the court. For both players and fans, having a large selection of kicks has become a hobby. But as recording artists like Kanye and Pharrell get into the shoe game, NBA players are moving on to greener, and finer, pastures.

Perhaps the biggest impact on NBA fashion was the league-wide dress code that was introduced by Commissioner David Stern. Gone were the days of hip hop inspired clothing as the NBA sought to clean up its image. The dress code forced players to change the way they expressed themselves when they entered the arena, sat on the sidelines, and conducted interviews. This eventually led to more refined tastes among the league’s top players.

Dwayne Wade is now in the designer sock business, partnering with Stance on some recent collections. He also collaborated with luxury watch maker Hublot on a $20,000 watch and has a line of ties and accessories with The Tie Bar. His Miami Heat team mate, Chris Bosh, has partnered with Wilson and Armstrong on his own tie collection called Mr. Nice Tie. Carmelo Anthony, a fan of haute horlogerie, has signed on as a brand ambassador for luxury watch maker IWC.

Also read: CLOTHING AND IDENTITY: WHAT DO OUR CLOTHES SAY ABOUT US?

Then we have the basic fashion conscious, high style players like Tristan Thompson and Tyson Chandler who are using social media to become style icons in their own right. This has given rise to the most shocking trend- the NBA nerd.

While Russell Westbrook has been the biggest proponent of nerddom in professional basketball, this trend has been followed by some of the NBA’s top players including Kevin Durant, Lebron James, and Dwayne Wade.

So again, why does the NBA have this unique relationship with fashion? It’s because Black people, whether they’re from America, Africa or the Caribbean, value looking good in public and expressing themselves through their clothing and as the most, actually only, Black dominated sports organization, this is reflected in the NBA.

And as the social and economic standing of these players has been raised so has their tastes. What we’re seeing today is not the fake it ‘til you make it flossing that we saw in hip hop many years ago. What we’re seeing is a genuine appreciation for the finer things their profession has allowed them to enjoy. The question to ask now is, “What will NBA fashion evolve to next?”