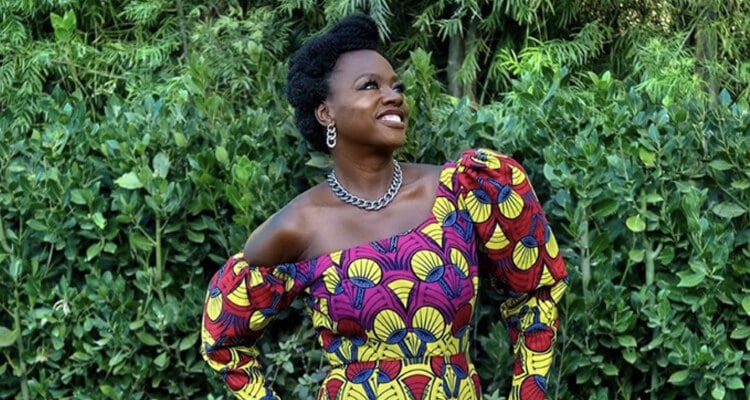 Last night was the 78th Golden Globe Awards, a time for the who’s who of Hollywood to get dressed up in creations from their favourite fashion designers. Although the event was semi-virtual due to the COVID-19 pandemic with nominees appearing by Zoom, that didn’t stop them from getting all dressed up for the occasion.

One of the nominees turning heads last night was Viola Davis in her custom gown made from silk cotton African print. The designer behind the gown was none other than Claude Kameni, founder of the Los Angeles-based brand Lavie by CK. Kameni collaborated with Davis’ stylist, Elizabeth Stewart, to create the gown. The pair previously collaborated on Davis’s 2010 Vanity Fair cover.

Kameni, whose love for fashion and art was cultivated in her native Cameroon, has been on a roll as of late. Amanda Seales wore a custom CK gown while hosting the BET Awards. This comes after Black-ish lead actress, Tracee Ellis Ross, wore one of her designs at the 2018 American Music Awards. She was also named one of the most influential designers to watch this year by WWD and her wedding dress design will be front and centre in the highly anticipated film Coming 2 America. Of course, who can forget her recent appearance at New York Fashion Week?

Claude Kameni is definitely a design to keep your eye on in 2021. To learn more about Lavie By CK visit laviebyck.com.