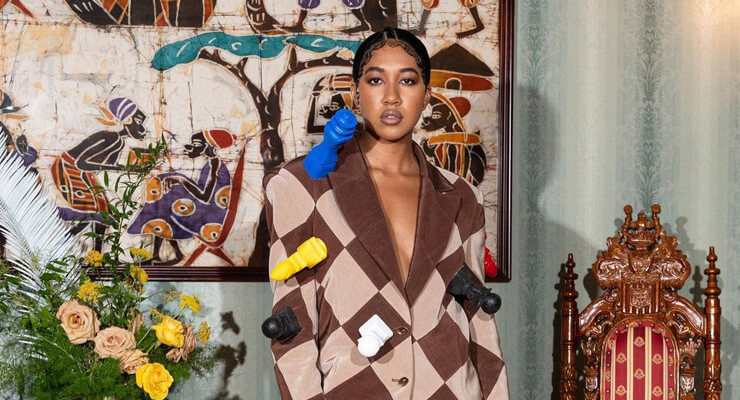 On Saturday July 11th, Pyer Moss showcased their Fall 2021 Couture collection entitled “Wat U Iz”, making creative director Kerby Jean Raymond the first Black American designer to show at Paris Couture Week. The outdoor runway showcase was originally set to be held on Thursday but had to be postponed due to an unforeseen rainstorm.

The designer took to Instagram to say “[…] The energy ain’t it. I have a better idea” and was immediately embraced by fans and supporters across social media, including Misa Hylton and Ade Samuel.

Well, it was worth the wait. The show was a powerful and exciting move of Black joy and Black empowerment. Rapper 22Gz and accompanying dancers graced the stage as models crossed the runway. The looks were a mix of blatant and nuanced references to Black innovators and their inventions.

A pink lamp with chandeliering crystals, an homage to Lewis Latimer who invented the electrical lightbulb, flies on the runway – a look fit for the Oscars. 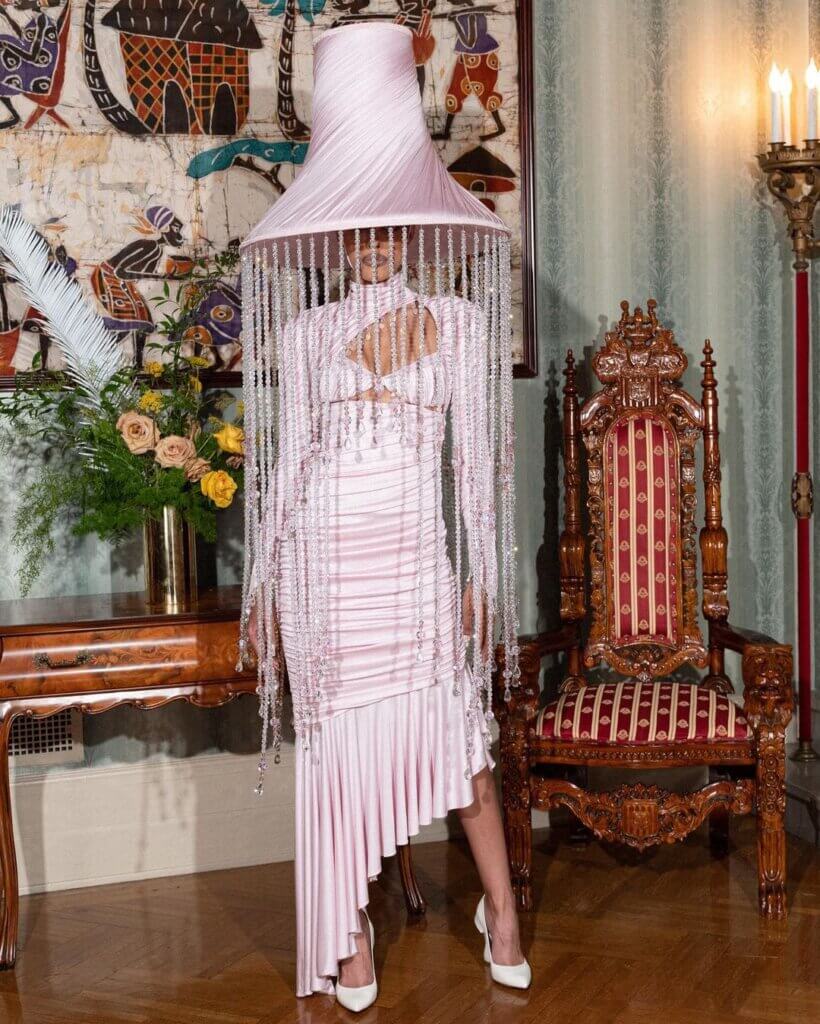 Take a look at some of the iconic creations that emerged from the collection. 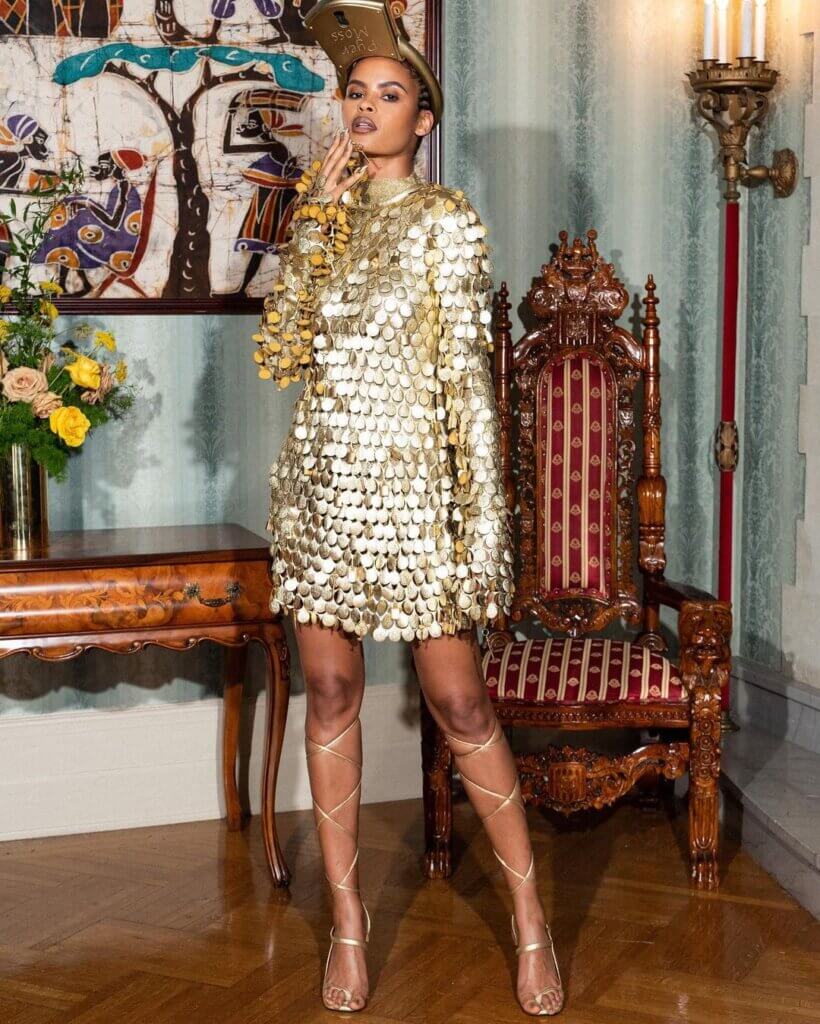 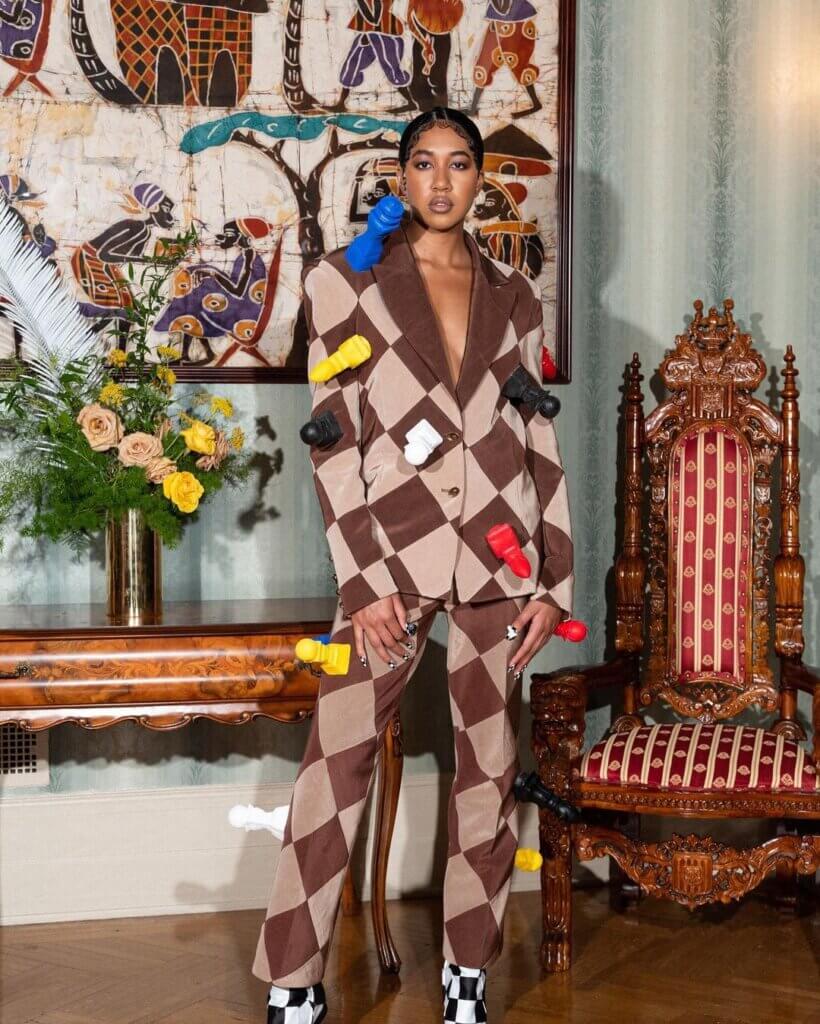 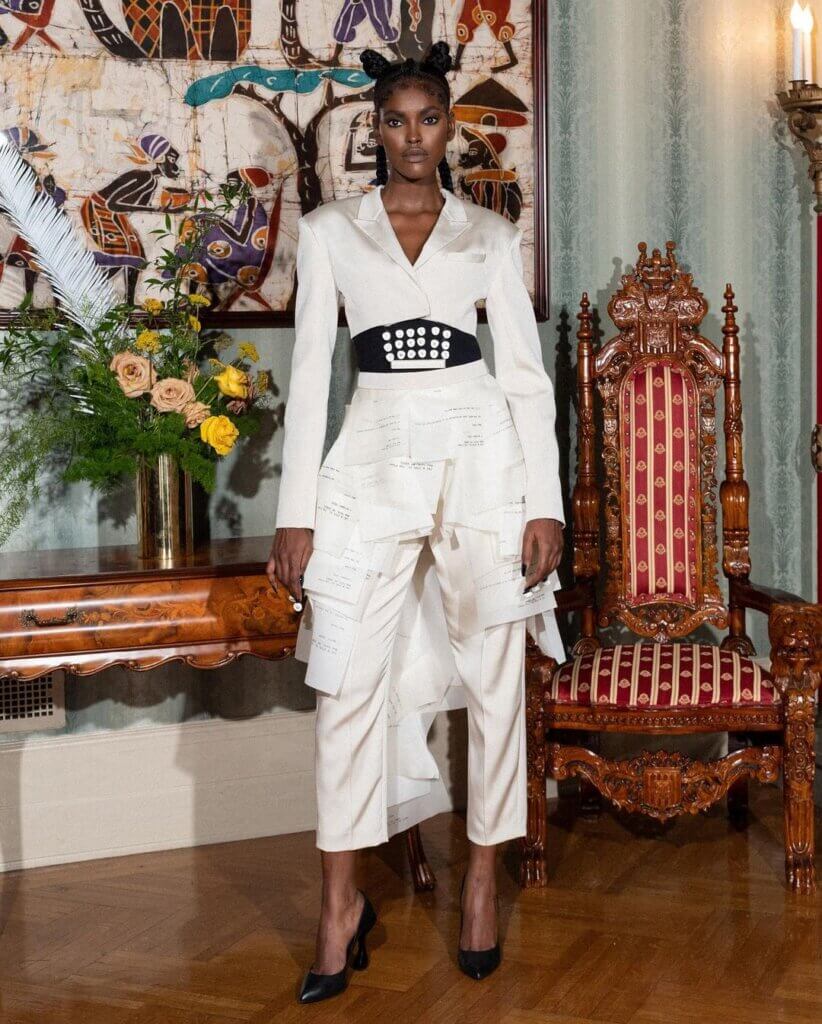 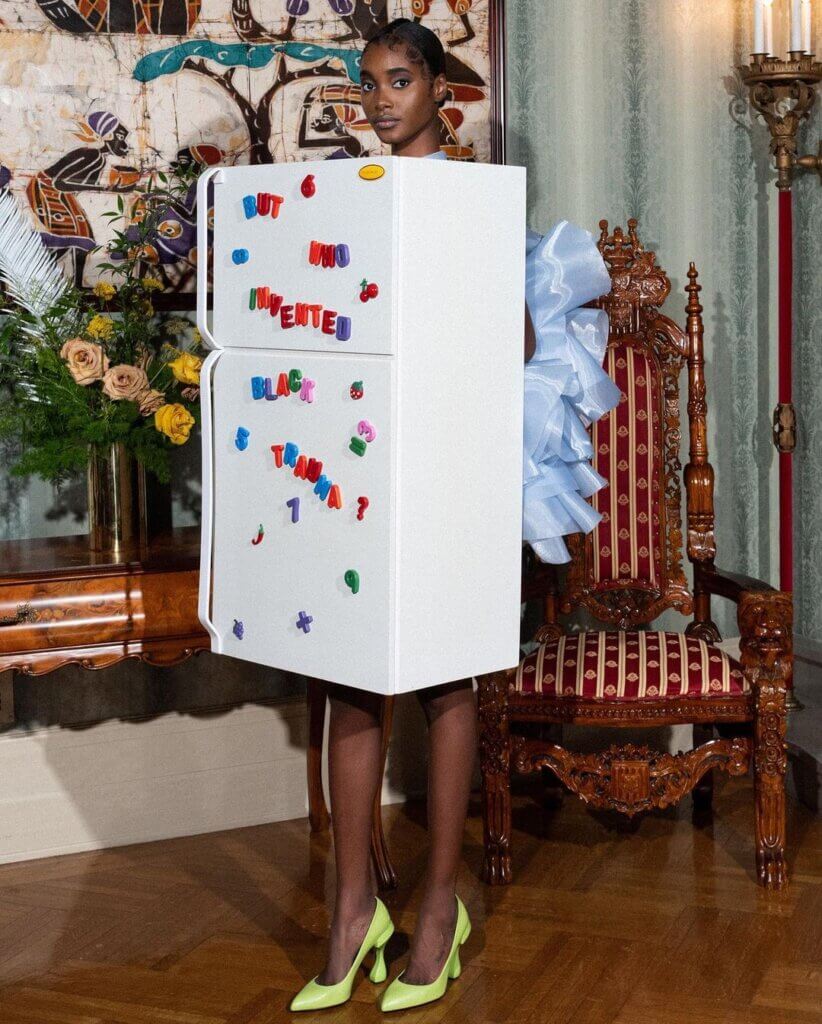 Kerby’s decision to be so literal and clear in his messaging was the political statement we needed this Couture Fashion Week. Being the first Pyer Moss couture collection, it was captivating to see this side of the designer’s point of view. Pyer Moss’s first couture show is reminiscent of Black people’s influence in our everyday lives throughout history.

All in all, the show was more than enjoyable. What an honour it would be to sit in the audience seats and witness history in the making.