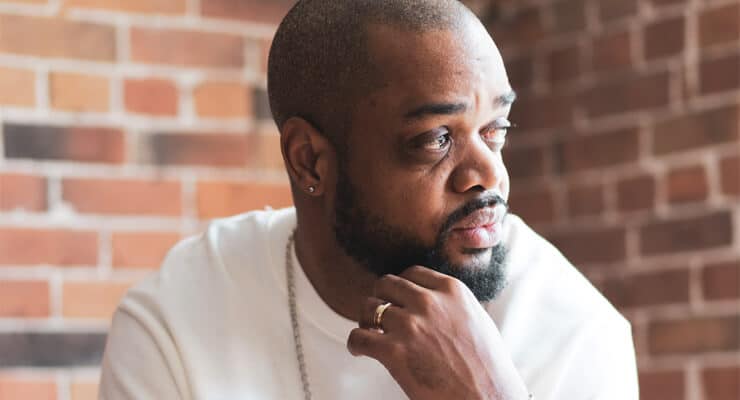 Last year, following the murder of George Floyd, I was unexpectedly named to Ottawa Life Magazine’s Best of Ottawa: Activist and Changemakers list for some of the work SHIFTER and I did, including our first annual Outstanding Black Men in Canada list. The funny thing is for the two weeks leading up to it I kept telling people, “I’m not an activist”.

I denied being an activist because my activism didn’t look like everyone else’s. Some activists would go on social media and berate people for not being on the frontlines of the latest protest. It took me a while to validate being the only Black person around the boardroom table, sitting on panels, appearing on TV and radio, or writing articles about my Black experience as being my own form of frontline activism.

I also denied being an activist because I questioned traditional protest as a long-term strategy. Obviously, it was effective post-George Floyd, but we’ve yet to see whether that will lead to sustainable change.

The problem is if you expose someone to something long enough they become immune to it. That’s how immunity works (think COVID-19 vaccines). In my opinion, white supremacists and racist people are no longer moved by Black people protesting—I actually think they like it. It has become “our place”. It’s what they expect from us. It says we’re a victimized community looking towards a future change, and to a certain extent, we are. But there’s nothing that drives more fear into the heart of a racist person than seeing you occupying the same spaces as them. It says that change is no longer a futuristic reality that we’re dreaming of; it says change is now, in your face, right on your doorstep.

The biggest challenge to white supremacy is success

I recently went for a jog in one of the richest neighbourhoods in Ottawa. I drew many smiles and “Good mornings” from local residents (most of them white females), as well as a few puzzled looks. Aside from wanting to draw some inspiration for me and my family’s future, it was my own form of protest. That was me refusing to stay in my place.

In the past, we’ve called Black people who refused to stay in their place and ventured into bastions of white power “house negroes”. I’m one of them. At least two brave souls said it to my face.

How can we be vocal against white supremacy yet criticize Black people who go into spaces traditionally considered white and become successful? That’s both contradictory and hypocritical. Isn’t Black success in traditionally non-Black spaces the goal? Isn’t that what we’re fighting for? I’m more than willing to venture into environments that are considered “white”—I’m not there to be validated or patted on the head like some sort of pet, but because I don’t believe anyone is superior to me.

The biggest challenge to white supremacy isn’t protest or words, although protest is a valid response. It’s not putting people on blast, although it feels good and can be effective at times. It’s a racist or prejudiced person looking across the boardroom table and seeing your face. It’s going on investors calls for their favourite stock and knowing you’re there. It looks like them discovering that their new next door neighbour in their well-to-do neighbourhood is a Black family. It can also be being promoted to the top ranks of your company—or better yet, starting a successful company.

During an interview on The Breakfast Club, businessman and serial entrepreneur Byron Allen recounted a conversation with Coretta Scott King, wife of the late civil rights leader, Martin Luther King Jr. During the conversation she told Allen that there are four major challenges that we need to face as Black people —#1 is to end slavery, #2 is to end Jim Crow, #3 is to achieve civil rights, and #4 is to achieve economic inclusion.

Coretta Scott King went on to say that this message of economic inclusion is why they killed her husband. It wasn’t his “I Have A Dream” speech that was a threat to White America; it was his “The Other America” speech. They killed him because he was shifting into more of an economic message. They destroyed Black Wall Street for the same reason. Economic inclusion is the ultimate threat to white supremacy, not protest. The fact that Black people could be just as (if not even more) prosperous than they were challenged their superiority.

There has to be a better way

Many act like achieving civil rights is the final frontier for the Black person, but it isn’t. That’s straight from Martin Luther King Jr.’s mouth. I believe there’s an agenda out there, whether it’s from racist people or the devil himself, to keep Black people so distracted fighting injustice that we never graduate to the final phase of Dr. King’s dream. For many, economic inclusion almost seems like a frill, a luxury. “How can we focus on that when people are dying?”

During a protest in the United States, a video went viral of three generations of Black men arguing about the way forward for Black people. A 30-something man had a heated conversation with a 50-something man and a teenage boy. The 30 year old said to his older counterpart, “You and I have been out here protesting since we were his age”, pointing to the boy. “There has to be a better way.”

I believe that “better way” is what Martin Luther King Jr. was killed for and what Black Wall Street actually achieved—economic inclusion. That is the ultimate protest.

ROOKZ – RACE, CANCEL CULTURE AND BEING A “TRAITOR”