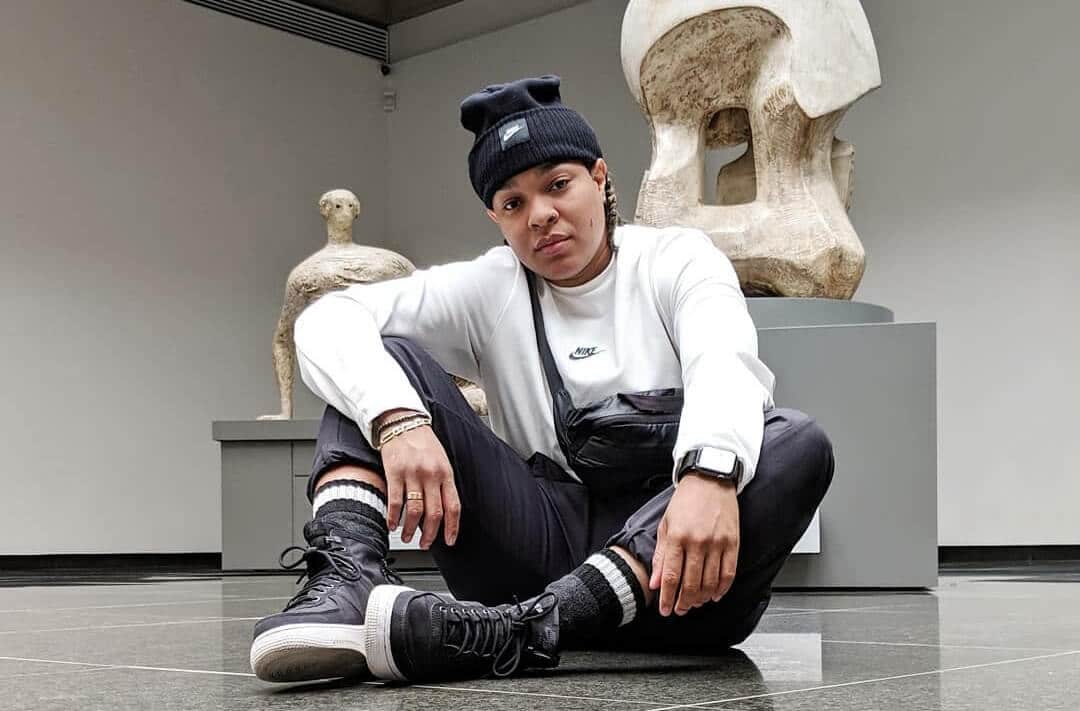 ROOKZ – RACE, CANCEL CULTURE AND BEING A “TRAITOR”

Toronto-based entrepreneur Kiana “Rookz” Eastmond talks about some lessons she learned about race, cancel culture, and being a “traitor”. Reposted with permission from the author.

I finally just went to bed after what was a crazy long day, closed my eyes, and smiled to myself as I often do; grateful to have made it back home. Suddenly my eyes opened wide in the dark, thinking back to a particular part of my day. Here’s what happened.

My little cousin is a pretty smart guy―president of the Black student association he founded in his home school. He was in typing club (whatever that is), and loves to talk to me about science as we stay up watching documentaries on weekends.

I’m super family-oriented; I’ve always been. If you follow me on Instagram you’re probably pretty familiar with my now infamous grandmother and our duo adventures in Jamaica. I’ve lived a pretty well-rounded life during my short years on this planet; high highs, low lows, round and round that cycle goes. But, I learned today, in such a sad way, my cousin hasn’t. Not because of our upbringing, environment, or socio-economic status, but because of a very real narrative about race―“Black people have it the worst, white people have it best.”

I saw this narrative pop up when I saw a Black officer with Toronto Police Service on a horse and said, “Wow, kinda crazy to see a Black man on a horse, riding through the city and he’s a cop. He must feel on top of the world!” To my surprise, my 19-year-old cousin responded, “Traitor!” with so much passion and anger it caught me off guard. I talked to him about one of my favourite pieces by Jean-Michel Basquiat, “Irony of a Negro Policeman” (1981) and asked him, “How can we change a system we’re not apart of?” We had a long, fruitful, eye-opening conversation on both sides and then we went about our day.

Our next stop was to the Mercedes-Benz dealership since I needed to get my tire changed. See, the night before I made the mistake of asking someone to close their car door so I could park. He told me to go find a spot somewhere else, but decided to park with his door open. He was upset (though I fit in the spot regardless); so upset that he slashed my tires, confirmed by my concierge and security footage. If you’re wondering, no I didn’t press charges; ain’t nobody got time for that. And yes, absolutely, he would never have reacted that way to an older white man. Actually, I think he would’ve known to pull his door in as a common courtesy, but the way I look doesn’t always afford me those courtesies. This micro-aggression turned into macro-aggression quickly.

I get to the dealership and as always the team is wonderful. I’m always greeted with warmth; everyone knows me there. It’s kind of crazy but they do, mostly because of my Globe and Mail article that went viral in 2018. Clearly they read the paper at Benz.

I’ve been to the dealership many times so I gave my cousin a little tour. We looked at the new cars on the main floor. We then went down to the basement to pre-owned. Then we see my boy, the one that sold me the car. My friend Mike works on the top floor, the one with cars you can only order (there’s even a special elevator for those cars to be delivered to clients up there).

My cousin is about 5’10”, shoulder-length dreadlocks, and wearing a pair of Lebrons, ripped jeans, and a Paper Planes t-shirt with African imagery on it. I’m in Air Force 1’s, unlaced, a lululemon shirt and a Manitoba Music crewneck. My boy, he’s in a bespoke soft pink shirt and a tailored navy suit; he’s dappered down. This is the first time I saw my cousin uncomfortable as we sat in front of my middle-aged white male friend in a suit, surrounded by quarter-million-dollar cars. He wasn’t answering questions as quickly or confidently as he normally does and worse, he wasn’t making any direct eye contact. Mike and I ended up talking about properties, stocks, investments, day trading, VC’s, pitch decks and motivation. I told him about an app I’m launching in a few weeks and he connected me with an investor in an instant. While my boy and I joked, reminisced, and loved on one another, I saw my cousin calculating how to approach our conversation. My tire is fixed, Mike has a client coming so we hug, laugh, and shared some encouraging words and I left. On the way back to my office, I didn’t get to talk to my cousin; I was on calls, following up with folks and upon arrival, I had people waiting to see me.

What had me up at 1:21 am is the conversation we had several hours later. My cousin called me, just before midnight to talk about Mike. He wanted to know how well I knew him. Why were we so familiar? Why was he so nice to me? Why was he so helpful? Why did he hug me? This kid was perplexed. “That guy moved like he actually loves you”. I didn’t know what to say other than, “He does love me and that’s just who Mike is.” At that moment something occurred to me so I asked, “Cuz, is this the first time you’ve ever sat down with a white man?” Even though I knew the answer, I was still stunned to hear him say, “A white man that’s not a principal or a teacher, yeah”. At 19, this kid’s life was even more segregated than mine. When I was a kid we weren’t force fed our identities the way kids are now. I knew what racism was, but it wasn’t a person or a group of people; I was raised to understand it was a behaviour. I grew up with friends from different ethnicities, classes, and religions. It was never a thing; we liked one another for our common interests.

This was the first time I had to think about the impact social media has on a narrative. The way algorithms work is that you get more of what you like. If you’re a young Black man and you like posts that support Black Lives Matter, your entire world is now fed to you from that place; what appears on your explore page, your timeline, and your Facebook feed. If you YouTube search a topic, more of that topic appears. It never occurred to me that the ability to have individualized content means that you don’t have to deal with opposing thoughts or contrasting opinions. That comment section reinforces your beliefs and your world becomes even more homogenized as you connect with people who like the same content you like. It works that way for the opposing group as well. Those damn algorithms.

My cousin, because of our closeness, felt safe enough to confess he was confused. This was a rich, white middle-aged man, driving and selling luxury vehicles, with a phone screen background of an exclusive villa in Tulum from a trip he took with his girlfriend (a setting for two travel bloggers, or a rich white couple). This was the kind of picture that if it had appeared on his timeline, he would’ve been dismissed it with disgust with assumptions of inherited wealth and a spoon-fed life. But what my cousin was stumbling over was Mike’s own come-up story. He wasn’t what, who or how my cousin expected him to be, but how would he know? He’d never talked to a white man that wasn’t “a part of the system.”

This whole experience really had me thinking about how we’re all being sold an algorithm driven story, fine-tuned with our bias and informed by likes, follows, and comments. How easy is it to believe what you see when you never have to talk to the person you see being or doing what you despise? Those are the people you unfollow both online and offline. But what do you do when you cancel people based on a narrative so strong only a computer could build? You have to do the work to have real-life conversations, meet people real-time, and do the work to challenge your own biases and programming.

I can only speak from my perspective, but there’s a lot of work to do in a world where everything is social but no one is actually talking. My challenge to whoever has read this far is to go talk to someone you would usually cancel. You might be surprised. Also, if you’re a middle-aged white man, choose to mentor a young Black man because closing that gap will have ripple effects through society. Let’s recreate the narrative and challenge the algorithm online to build a better society offline.

Be light, #CreateFate, and remember “Your conditions don’t have to be your conditioning.”

Kiana “Rookz” Eastmond is a Toronto-based entrepreneur, thinker, speaker and community leader, and the co-founder of Sandbox Studios 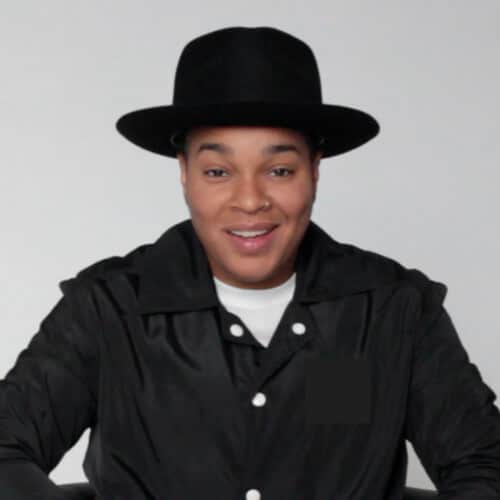