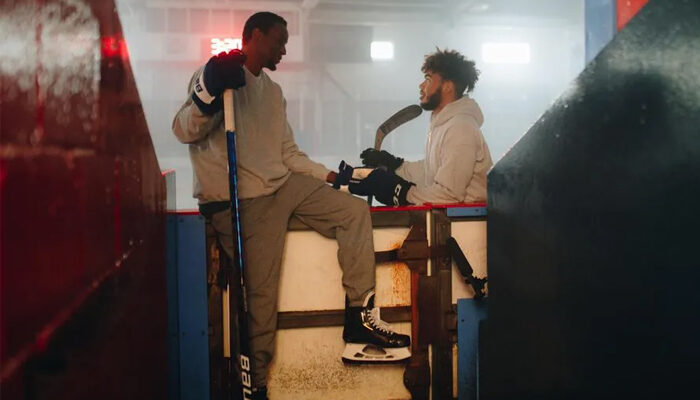 In his Black Ice film review, SHIFTER’s Kevin Bourne says the documentary is not only a damning look at racism in hockey, but in Canada at-large.

Executive produced by Lebron James, Maverick Carter, Drake and Future The Prince, Black Ice chronicles the history of anti-Black racism in hockey, from the Coloured Hockey League in 1895 through to today.

In the documentary, we not only discover the historical ties between Black communities and Canada’s pass time, but the innovations that Black players introduced to the modern game. We also learn that not only have the historical ties between Black communities and hockey been erased, but that there are gaping holes in Canadian history where Black contributions and stories have been erased as well.

Appearing in the film are Akim Aliu, Wayne Simmons, Matt Dumba, Anthony Duclair, Willy O’Ree, Saroya Tinker, Sarah Nurse, P.K. Subban, and Mark Connors who take turns telling their own stories of racism within the sport, from minor hockey to the NHL.

But this documentary is more than just about hockey as it explores the wider social context in Canada, including the razing of Africville and other Black communities in Nova Scotia, portrayals of Black people in the media, as well as conventional beliefs on Black and white people over time. The eye-opening film not only challenges racism within hockey, but challenges the idea of Canada being a type of utopian Promised Land for Black people. While the stories will be shocking to some, they won’t be to others as they mirror what has, and still is happening, in broader society.

From children being called “nigger” and bananas being thrown on the ice, to the lack of accountability for racist behaviour on and off the ice, and Herbert Carnegie never being able to play in NHL and being left out of the Hockey Hall of Fame during his lifetime, we get a look at the pain caused by hate and systemic racism.

It does spotlight grassroots programs that are introducing children of colour to hockey, providing a glimmer of hope. In the end, the film evokes a variety of emotions, from sadness to anger and shame, and is not only a damning look at racism in hockey, but in Canada at-large.

TIFF 2022 – THE WOMAN KING IS AN INSTANT OSCAR CONTENDER