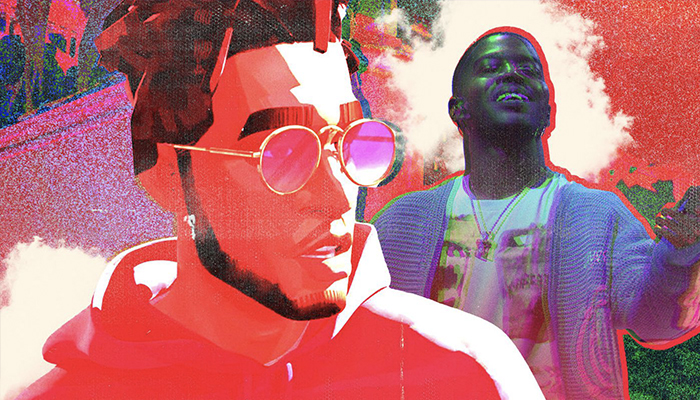 Rap + animation is the collaboration hip hop culture never knew how much it needed. Kid Cudi is making it happen through the animated film Entergalactic”

“Love is the easiest thing in the world when it happens by accident, but it doesn’t get real until you do it on purpose.”

Picture this. You’re coming back home late from work on a Friday night. You feel a buzz in your pocket. Quickly you check your phone. Nope, it’s not a text from one of your friends asking you to go out tonight. Instead, you get a notification from Netflix. “New animated release: Entergalactic. You quickly go through the synopsis. Interested, you follow along as the trailer starts playing. Finally, you’re in shock. These characters feel you. They look like you. They act like you. Without further hesitation, you enter Entergalactic.

Back in 2019, Kid Cudi took to twitter to announce the development of an animated film that would parallel the release of a new studio album. The movie kept a fairly quiet buzz until the release of its first official trailers and promotional materials showcasing beautiful artwork and an authentic representation of people of color. But there is more to what makes Entergalactic so captivating. Indeed, the success of this film is heavily reliant on its narrative and compelling characters, especially Jabari and Meadow.

Directed by Fletcher Moules, the film follows Jabari (voiced by Kid Cudi) as he navigates his new found success in the New York art scene and an ongoing “situationship” with an ex. His world changes when he finally comes face to face with his mysterious next door neighbor, Meadow. It’s love at first sight, despite the fact that neither of them realize it yet, but everything might come crumbling when certain ghosts from the past start causing insecurity, doubt and mistrust in their relationship. This is not a romantic comedy, rather a raw, authentic and truthful take on sincere passion and sexual love. Its targeted mature audience will rejoice in its artistic direction and depiction of Black romance. Entergalactic, is a straight 10/10 and easily becomes one of our most recommended films of the year.

Watch the trailer for Entergalactic by Kid Cudi above and learn more about the Netflix series here.