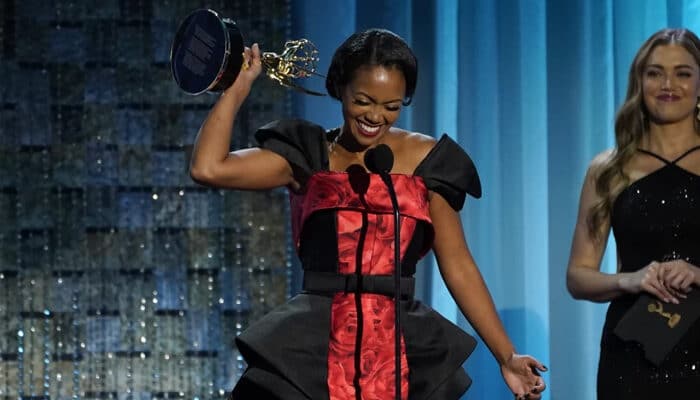 Toronto native, Mishael Morgan, recently made history becoming the first Black actor to win the Daytime Emmy Award for Outstanding Lead Actress in a Drama Series for her portrayal of lawyer Amanda Sinclair on The Young & The Restless. She beat out Days of Our Lives actors Marci Miller and Arianne Zucker, and General Hospital actors Cynthia Watros and Laura Wright to win the award.

She initially joined the cast in May 2013 in the role of Hilary Curtis securing back to back nominations for Outstanding Supporting Actress in a Drama Series. In June 2018, she confirmed her departure from the show before announcing her return in September 2019.

Born in San Fernando, Trinidad and Tobago, her family immigrated to New York before finally landing in Toronto. The York University Political Science graduate decided to forego law school and pursue acting after a near death experience, landing a role in the Trey Songz music video “Wonder Woman” after her first audition. Since then, she went on to appear on shows like Republic of Doyle and Supernatural before landing her big role on The Young and The Restless.

For Morgan, the achievement serves as an inspiration for young girls all over the world growing up how she did.

“I was born on a tiny island in the Caribbean, and I’m now standing on an international stage and I am being honored regardless of the color of my skin, regardless of my passport, for being the best at what I do,” she said in her acceptance speech. “Now there are little girls around the world and no matter what the industry, the vocation…they can strive to be the best.”