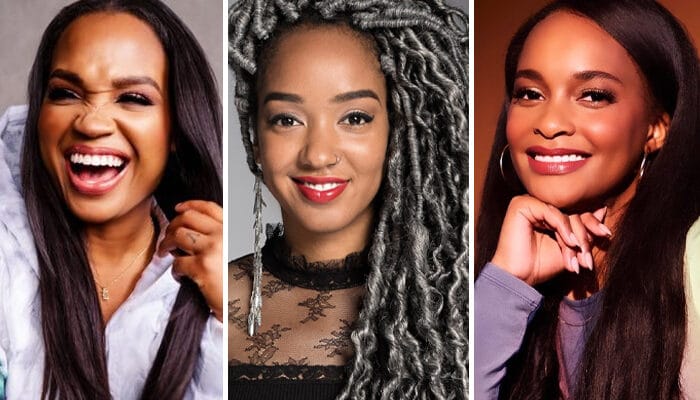 The 2022 Canadian Screen Awards are in full swing, honouring some of Canada’s top film and TV professionals for their work on the big and small screens. Among those being honoured this year are TSN anchor Kayla Grey, Refinery29’s Kathleen Newman-Bremang, and CBC host, playwright and screenwriter, Amanda Parris. The trio of groundbreaking women took home the Academy of Canadian Cinema and Television’s inaugural Changemaker Award.

“I get introduced as ‘the first’ and I don’t want to be that anymore,” she explains. “I want to be like, ‘Yes, and look who’s come behind me and who is beside me.’ This industry doesn’t ensure that people that look like me are not the last, and it’s lonely. It’s such a beautiful feeling to be and work around people that look like you and I want people to truly experience that here.”

Kathleen Newman-Bremang has emerged as a champion for Black women in her own right as the deputy director of Unbothered, Refinery29’s online community for Black women.

“For the Canadian Screen Awards to give us this honour, I think they are also committing to more work,” says Newman-Bremang. “You can’t put the three of us on something and say that you respect our work if you’re not also willing to continue this conversation.”

Meanwhile, Amanda Parris has been a leading creator of Black content in Canada in recent years, aside from her career as an arts reporting and producer for the CBC. Parris made her theatrical debut in 2017 with her play Other Side of the Game. Then she won the 2019 Governor General’s Award for English-language drama for her book of the same name. Then came The Death News, written by Parris and directed by Charles Officer as a part of CBC’s Mumbi Tindyebwa Otu-commissioned anthology series 21 Black Futures. The last month she released the episodic series Revenge Of The Black Best Friend.

For Parris, she sees herself as being a part of a generational fight for racial equality in Canadian film and television.

“I’m part of a continuum of people that have been consistently attempting to push this industry into spaces that it keeps on saying it doesn’t want to go,” says Parris. “I am only able to do this work because of the work of the people that came before me, and I’m doing it for the people that are coming after me.”

Aside from taking home the Changemaker Award, Parris also won the awards for Best Writing in a Web Program or Series for The Death News and Best Host, Talk Show or Entertainment News as the host of CBC’s Exhibitionists.

According to the Academy, the new award “recognizes and honours those in the media community in Canada who are using their voice or platform to call out systemic racism and discrimination; supporting and amplifying the voice of those who are actively engaged in anti-racist work; and seeking structural transformations in media/film/television organizations in Canada that promote values of equity and inclusion.”

The award be in presented during the Sunday night broadcast set to air on CBC and CBC Gem at 8pm. To check out all the mid-week festivities visit academy.ca.