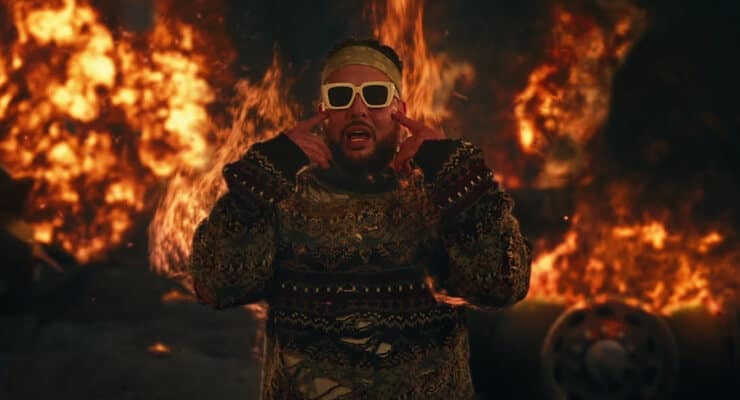 Today, XO/Roc Nation artist, Belly, dropped a brand new music video for “Better Believe” featuring fellow label mate, The Weeknd, and Young Thug. The single is a follow up to his previous singles “IYKYK”, “Money On The Table” featuring Benny The Butcher, and Zero Love featuring Moneybagg Yo and a lead up to the release of his upcoming album See You Next Wednesday.

Directed by Christian Breslauer, the video is very cinematic with dark themes. In the video, we see a suit-and-tie wearing The Weeknd commanding a space ship before it switching to him driving a sports car with a beautiful Black woman by his side. He then hands it off to Belly who brings some bars, including a jab at fake rappers, and Young Thug.

The video features some cool effects, including a closing shot of the city on fire.

Check out the video for “Better Believe” below.