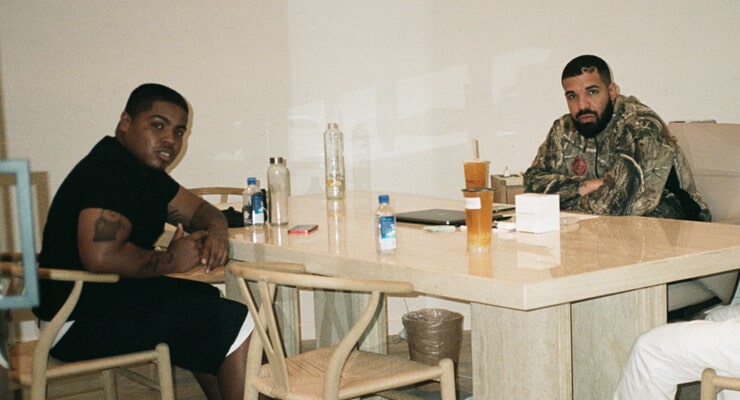 While the world was waiting in vain last night at midnight for Kanye’s new album Donda, our team at SHIFTER was looking forward to another release—“Over The Top”, the brand new track from Smiley featuring Drake.

Not only have they released a song together, but Smiley has also been signed to Drake’s OVO Sound. Smiley was recently added to the artist page on the OVO Sound website. With Drake rarely collaborating with up and coming Toronto artists (reportedly because of street politics in the local hip-hop scene), it’s especially impressive for Smiley to secure this kind of co-sign from the 6 god himself.

While this is their first track together, this isn’t the first time the two have been linked. Drake’s first public response to Pusha T’s “The Story of Adidon” was a Smiley bar from “Free Baby”. Drake also publicly stated that Smiley’s music was an inspiration while he was recording Scorpion. More recently the two appeared together on the leaked Booggz track “Organization” which showed flashes of their musical chemistry.

“Over The Top” features Smiley’s unique flow and delivery on top of the Tay Keith produced beat. Where Smiley brings the vibes, Drake brings the bars, providing contrast on the track.

The new single is a lead up to Smiley’s upcoming project and a follow up to “In My Zone”, “Moving Different, a favourite at SHIFTER, and his 2020 mixtape and major-label debut YYZ – LAX.

With a growing crop of young and hungry Toronto artists looking to their place alongside the Big 3 of Drake, The Weeknd and Tory Lanez, this co-sign from Drizzy just vaulted Smiley to the front of the pack.

Listen to the new Smiley and Drake single “Over The Top”