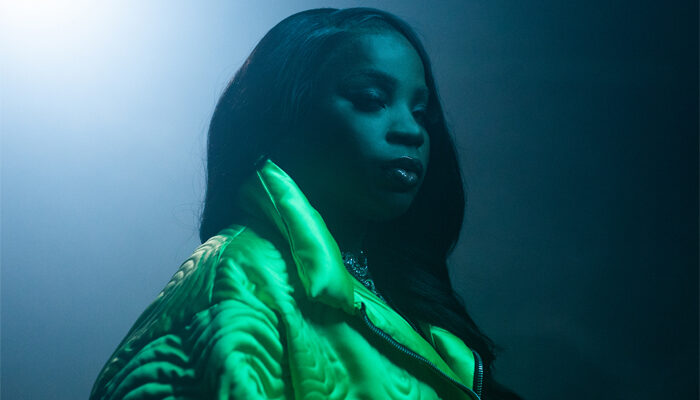 Savannah Ré serves up vulnerability and sonic distinction on her new sophomore EP, No Weapons.

From the JUNOS to billboards, Savannah Ré has reached many milestones within the past year. Ré has now released her new sophomore EP, adding to this extensive list of accomplishments. This eagerly-anticipated release comes via Universal Canada, the country’s leading label. Ré has introspectively dug deep and has pulled out the expressive and unapologetic project No Weapons.

Mez, Dylan Sinclair, Jack Rochon, RAAHiim, Kevinshideout are some of the names who have invested into collaborating with Ré for this project. Grammy award winners Boi-1da and Beat Butcha have also united for the production. To add to this menagerie of musicians and producers, JUNO award-winning YogiTheProducer also aided in the EP’s success. This EP is a statement to say the least, not only a statement from all its collaborators, but mainly from Ré herself as she declares self-worth and resilience.

No Weapons is a mix of released and unheard songs. One of the standout tracks is leading single “Last One”, with Dylan Sinclair. The track gained three million streams to date and was recognized as a “Top RnB Release” by VIBE.

“Caution” is the opening song of the project. It guides you into the EP by warning you that Savannah Ré is a woman who owns her power and flaws.

Another spotlight-deserving track is “Bands”, with Mez. The songstress puts pressure on her competition and isn’t afraid to give herself well-deserved praise:

I got these hoes twisted outta shape,

I got these hoes bent up outta shape,

To see a bitch winning,

They’re jumping off the ceiling.

To end the project with assertion, “WTF” is the track that finishes it off. On this track Ré contorts her pain to project it in a way which shows true mental healing. “I am that bitch!” assures Ré as the last words to the EP. From what we are seeing, she will hold that title.

Savannah Ré has teased this impactful release so much so that it has attracted the eyes of Complex, HotNewHipHop and Elle. This attention will become explosive when she has her debut headlining show in her hometown of Toronto on October 14th at The Phoenix Concert Theatre.

Listen to No Weapons above and buy tickets to Ré’s headlining show here.