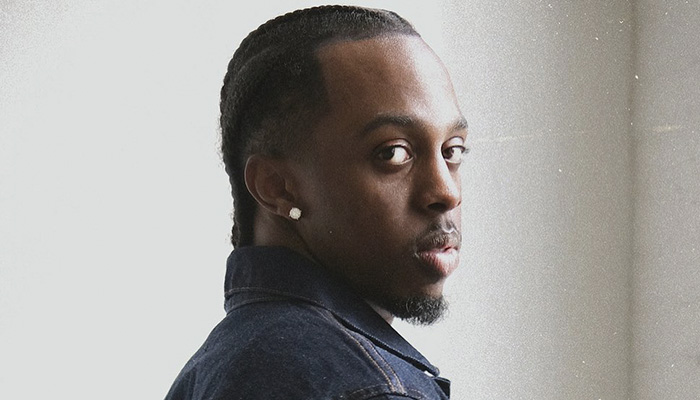 Aside from the names we all know, Toronto continues to be an incubator for other fresh musical talent around the city. And where it might seem hip-hop artists get most of notoriety and clout, more and more R&B artists from the 6ix are increasingly making a name for themselves. Enter K. Forest and his new EP, Hyde Out.

The Brampton-born artist first broke onto the scene in 2016 with his 11-track album Eyes of Taiga. Since then, the singer/songwriter has released 3 more projects, including his highly acclaimed 10-track album Welcome to the Wildfire back in 2021. Forest originally wrote, recorded, and released the track “guidance” on his Soundcloud before Travis Scott approached him, expressing an interest in the song.

If fans had any doubt Forest would slow his creative pace in 2022, he squashed that by releasing his latest EP this past summer, entitled Hyde Out. Compared to his earlier projects, R&B lovers will notice a softer, more vulnerable delivery throughout his 7-track project. Which, in all honesty, should have been anticipated after Forest wrote this on his IG page prior to the release: “I can no longer Hyde how I feel about you, us and… whatever brought us here. Tomorrow I let it all go… HYDE OUT EP will be Activated”.

Forest opens the project with the EP title track “Hyde out (Try Again)”, a soft, slow-paced and emotionally deep jam. From the top of the record, Forest makes his intentions known that in spite of a broken relationship, friendship isn’t an option. The song easily sets the tone for the rest of the album.

The next track “Where Ya From” picks up the pace with a little with more bump in the rhythm. Being a 90’s R&B head, I was pleasantly surprised by the sample from Tyreese’s 1998 track “Sweet Lady”. From there, Forest’s vocals take over, as he takes the listener on a rhythmic journey they can play in their whip.

Any authentic R&B project must have a bonafide bedroom ballad. The third track “Skn to Skn” fits the description and then some. The song drips of the darkly romantic essence you’d expect from this hometown crooner. This one line says it all: “Are you ready for a baby? I’m gonna give you a baby, baby.” Sheesh.

The next track, “Brand New” is a tradeoff of modern R&B and nostalgic vibes. Centered around letting someone know you’ve changed and don’t want to dwell on the past is an R&B script straight out of the late 90’s. Though “Brand New” has flare, I wouldn’t be surprised if Forest himself considered this the filler track of the EP.  A solid track, but perhaps not as electric as its counterparts on the album.

The project wraps up with strong tracks “B.Y.O.G. (Bring Your Own Girl)”, “Concierge” and the deep rooted melody “Heaven Sent”. When an R&B project ends with a track that has lines like, “I think God sent you here to save me..” and “Fell down from Heaven, brought peace to my chaos…”, Forest succeeded in delivering a personal love note to his female fans.

Hyde Out continues to solidify K. Forest’s vocal versatility in today’s R&B/Soul scene. That being said, the underlying take away will be that this EP doesn’t strive far from what has set his music apart from other R&B artists from the 6ix . And that’s exactly why Hyde Out should be added to the regular rotation on any R&B lover’s playlist.

Go listen to Hyde Out by K. Forest above, available now on all music streaming services.