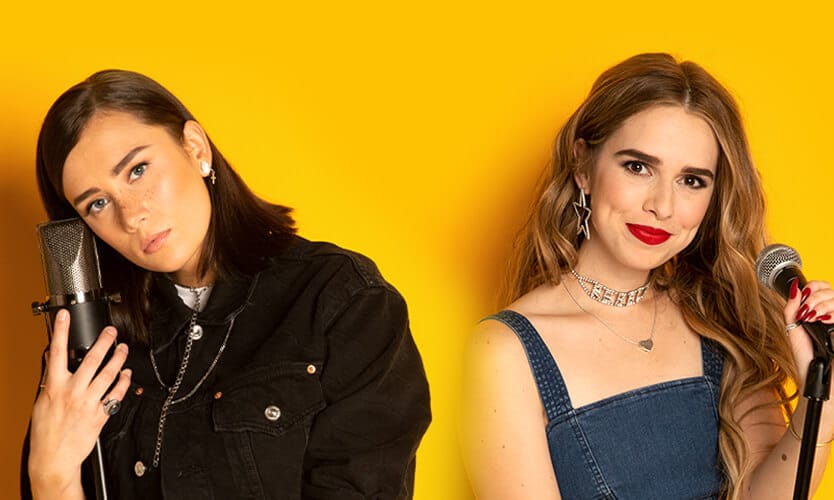 For the second season in a row, the capital will be sending representatives to CTV’s The Launch, premiering on January 30th at 8pm. A year after Elijah Woods x Jamie Fine emerged as one of the stars of Season 1, Ottawa’s very own Vi and Michelle Treacy will be featured on the hit talent show alongside 28 other emerging Canadian artists.

Vi will appear on Episode 1, set to air on January 30th, alongside Amber J of Trail, BC; Cassiopeia of Burnaby, BC; Dey of Toronto; and NOA of Richmond Hill, ON. The celebrity mentor for the episode will be Ryan Tedder of One Republic who also worked with Elijah Woods x Jamie Fine, producing their smash hit Ain’t Easy.

Vi won’t be the only Ottawa talent to grace the stage on The Launch. She will be joined by pop artist Michelle Treacy, set to appear on Episode 6 on March 6th. She will appear alongside Adrian Chalifour of Victoria, Del Hartley of Toronto, Sarah Carmosino of Aurora, ON, and WILL of Toronto. She will be mentored by Bebe Rexha with Nile Rogers as producer. Other Season 2 mentors include Scott Borchetta, Marie-Mai, legends Jann Arden and Bryan Adams, Bebe Rexha, Sarah McLachlan, Max Kerman of the Arkells, Shaun Frank, Alex Hope, Jon Levine and Liz Trinnear.

This will be the show’s first season under its new worldwide distribution deal with Sony Pictures Television.