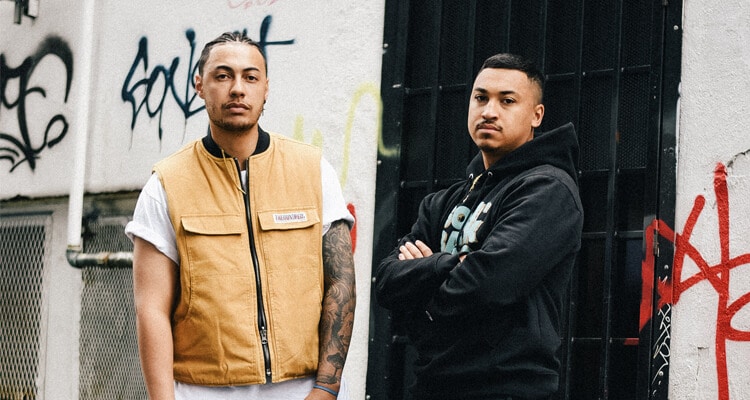 When we think about Canadian music, especially urban music, Toronto gets most of the shine, but if you take a quick glance over at the west coast, the Vancouver music scene is heating up with acts like Boslen and the Juno-nominated Manila Grey signing record deals with big labels and elevating their careers to new heights.

Today, two of the more well-known names in Vancouver hip-hop and electronic music, Seb C and Teon Gibbs, are making noise of their own with their new single “Plug Talk”.

The track deceptively begins with a somewhat laid back Hip-hop beat before revving up its engines and morphing into a roaring House beat with deep bass providing the perfect blend of the two artists’ styles.

Known for this signature “urban house” sound, Halifax native Seb C describes his style as “a blend of saucey, Hip-hop vocals with high-energy, Hip-hop beats”. The single adds to the momentum and list of accomplishments he has wracked up in recent years. Aside from playing venues across Vancouver, Canada and the world through his nine-city Canadian ‘Whole Lotta Tour” in 2019 and previous sets in Croatia, Netherlands and England, Seb C has also opened for some of the biggest names in electronic music, including Tiesto, Dzeko, Julian Jordan, and Fabian Mazur.

Meanwhile, Teon Gibbs has been featured on the some of the biggest playlists, including Northern Bars, and has appeared on national television, including The Marilyn Denis Show, The Social and eTalk, alongside his frequent collaborator, Iamtheliving.

Now the pair have come together to give fans a banging club track as we start gathering outside again (in small numbers, of course) as COVID restrictions to ease up just a bit.

“We need to keep creating new avenues to get our voices heard, to keep pushing the boundaries of how people perceive Vancouver based music and to connect with people where they are at”, Gibbs says. “‘Plug Talk’ is unapologetic, it’s infectious and it’s an energy we need right now.”

“Plug Talk” is available on all major streaming platforms.