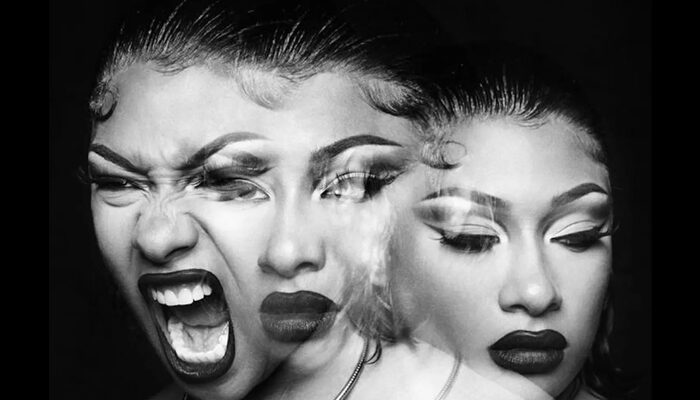 Megan Thee Stallion’s flashes of talent and greatness are outweighed by too many forgettable moments says Kevin Bourne in his Traumazine album review.

A few days ago, Megan Thee Stallion took to social media to announce the release of her upcoming album Traumazine. This came after the release of “Pressurelicious” featuring Future and the track straight fire.  Although my personal expectations for this project were low, the single raised my excitement. Unfortunately, the remainder of the project pales in comparison.

Now, let’s be clear. Megan Thee Stallion is very talented. She has a great flow and can flat out rap, but there seems to be something lacking.

The album begins with “NDA”―a good song, that at first listen doesn’t seem to be a very memorable intro in a time when having a strong intro is a thing. Fortunately, it redeems itself after a number of listens, creating a sense of drama and passion to start the project.

We then move on to “Ungrateful” where Megan Thee Stallion shows off her strong delivery over an equally strong and almost hypnotic, piano laced beat.

There are a lot of up tempo tracks on the album, including “Scary”, “Gift & A Curse”, and “Her” where she jumps on the House/Dance music trend boasting about her natural body.

With the album featuring a succession of good yet forgettable tracks, you eventually start to wonder if there are going to be any standout songs on the album aside from the previously released “Pressurelicious”. That’s until we arrive at “Anxiety” where the album takes a welcomed turn for the better. On the song she talks about loving her body and having off days sometimes because of her anxieties. She continues to be an open book on the next track “Flip Flop” where she talks about dealing with jealousy among her friends. These two tracks are where Megan Thee Stallion shines on the album. The project features a lot of bounce, sex, and bad bitch talk (which isn’t necessarily a bad thing), but after a while it becomes repetitive and skippable. On these two songs, we’re invited to build a personal connection with her, not just as an artist, but as a person, and it’s actually refreshing to hear that there’s more to her than wanting dick and having a big ass.

Other key moments on the album are “Star” where we get a little taste of her vocals, the previously released “Plan B” sampling “Freek’n You” remix by Jodeci featuring Wu-Tang Clan, and “Who Me”, featuring Pooh Shiesty who is currently serving time, where she talks about being shot.

Ayy, I feel like Biggie, who shot you?
But everybody know who shot me, bitch

The album closes with “Southside Royalty Freestyle” which is an okay track that might grow on listeners over time, and “Sweetest Pie” featuring Dua Lipa―a pop song that’s good but doesn’t seem to fit the album.

Overall, Megan Thee Stallion shows flashes of talent on the album. Again, she has a great flow/delivery and obviously has a respect for the craft and history of rap, but there are too much forgettable or “ho-hum” moments on this album that outweigh the brief moments of greatness.

But check it out yourself and let us know what you think. Traumazine is available on all major streaming platforms.